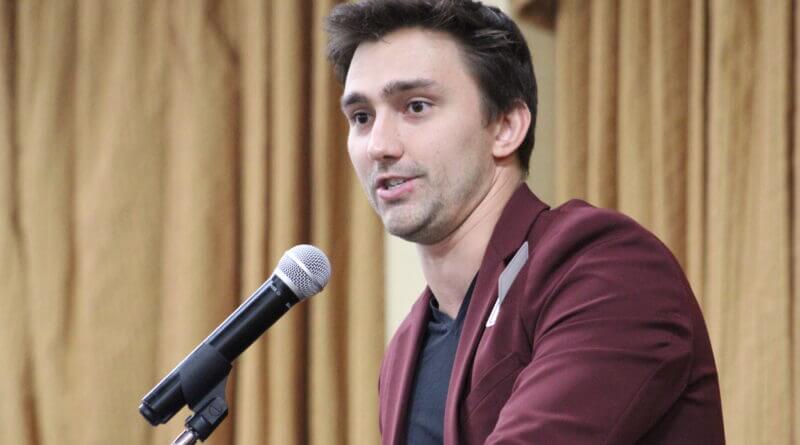 There’s going to be a little renovation going on at the Olive Branch City Park starting Monday.

When Russell Lehman of The Event Benefits announced plans for the holiday Light Garden walk-through display in the park starting this year, one of the questions had to be, “What’s going to light all of those lights?”

The answer came during the Olive Branch Chamber of Commerce monthly luncheon sponsored by Northcentral Electric Cooperative and Northcentral Connect.

Lehman made the reveal as part of the Wednesday luncheon program, saying the park has electricity but is far short of what is needed to put on the Light Garden.

“Northcentral’s integral role in what we’re doing here is that in order to have a light show, you have to plug stuff in,” Lehman said. “But, starting Monday, with Northcentral and the City of Olive Branch, The Event Benefits and the Chamber of Commerce, we are doing a $75,000 renovation to the park to actually prepare it to host this event.”

Lehman calls it a legacy event for Olive Branch, adding The Events Benefits has a three-year agreement with the City to hold the Light Garden annually for at least three years.  Lehman compares the show to Zoo Lights at the Memphis Zoo or Starry Lights at Shelby Farms Park.

“It’s a large-scale lighted show at the Olive Branch City Park,” Lehman said. “It’s going to be wrapped around the lake, so all of the lights are going to reflect off of the water. It’s a one-mile walking show, not a drive-through show.”

In addition to the walking show, there will also be a full outdoor walking experience with vendors from Olive Branch, and an outdoor stage with local entertainment.

Dates for the Light Garden this year are from Nov. 22-Dec. 31, not including Thanksgiving Day and Christmas Day.  Special events around the Light Garden are planned. They include a Military Appreciation Night on Dec. 7, a Dog Night on Dec. 12, a 5K run on Dec. 17, a Special Homily on Christmas Eve, and special New Year’s Eve activities that evening. Hours are from 6-10 p.m. each evening.

The Light Garden will be a paid event and visitors aged three and older will need to purchase tickets, either online or at the gate.

More about the event is found on the Light Garden website.

2 thoughts on “Park renovation to light up Light Garden”