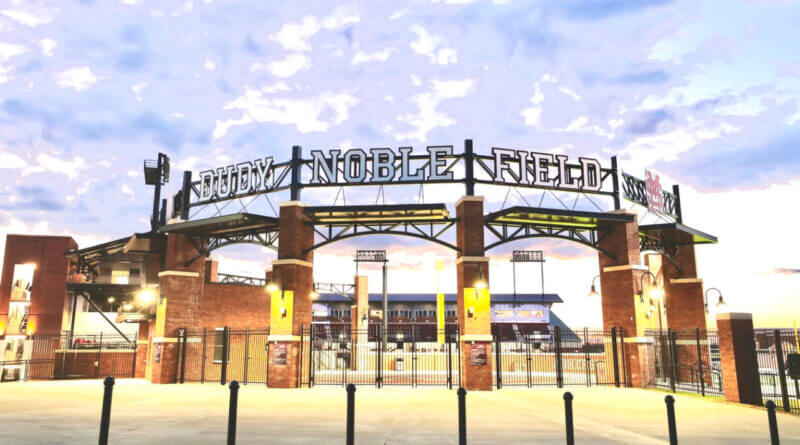 For the third straight season, the Mississippi State baseball program has placed at least one student-athlete on the Collegiate Baseball Newspaper All-America Team. The duo of Tanner Allen and Landon Sims were each among the honorees by the publication on Thursday, June 3.

The SEC Player of the Year, Allen was at his best against the best in college baseball, as the left-handed hitter led the SEC in batting average overall (.384) and in SEC games only (.411). Allen produced 25 multi-hit games and 17 multi-RBI contests this season and reached base multiple times in 37 of 54 starts. Allen was the only SEC student-athlete to rank among the top-10 in average, on-base percentage and slugging percentage and also sits among the top 10 in the conference in runs scored, RBIs, total bases and hits during the regular season.

In SEC play, Allen hit .300-or-better against eight of 10 SEC opponents, including a .400 average against Auburn, Vanderbilt and Texas A&M. He hit .500 against Missouri and .615 in three games at South Carolina. In conference play, Allen was on base in 29 of 30 games with a league-best 17 multi-hit contests and 12 multi-RBI games. Allen was one of two Power 5 hitters – and one of four nationally – with at least 50 runs scored, 70 hits and 50 RBIs in the regular season.

Sims started the season with a monster outing against then-No. 9 Texas in the season opener with four perfect innings of relief and 10 strikeouts and did not slow down as one of the dominant bullpen aces in the nation. Overall, Sims owns a 1.45 ERA, 0.88 WHIP and 74 strikeouts in 37 1/3 innings of work with a .153 batting average against. His 3-0 record is bolstered by eight saves, with two wins and five saves coming against ranked opponents. Of his 112 outs recorded, 66% have come via strikeout and he has not hit a batter all season.

Of his 18 appearances, Sims has not allowed a run of his own in 15 of those, has stranded five of eight inherited runners on the season and held opponents to one-or-fewer base runners in nine of the appearances. He has factored into 11 decisions in his 18 appearances and Mississippi State has won 16 games he has pitched in.

In SEC play, Sims owned 12 appearances with a 0.36 ERA and 43 strikeouts in 25 1/3 innings of work. He allowed only one run on nine hits with nine walks in SEC appearances and held hitters to a .108 batting average. Only one hit went for extra bases in SEC play, and he was 2-0 with seven saves against conference opponents.