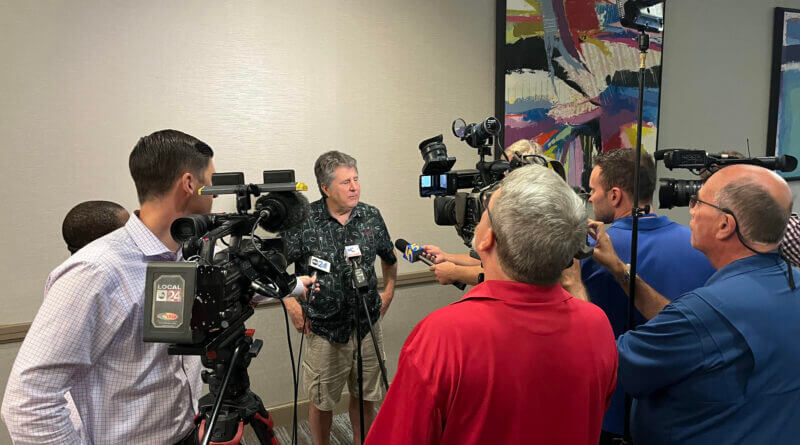 Leach spoke with reporters before the evening dinner and presentation, especially about the start of the season matchup with the University of Memphis in Starkville.

Leach said he was looking forward to speaking to the Touchdown Club and Bulldog supporters who may be in attendance.

The two-time national Coach of the Year is considered the mastermind of what is called the “Air Raid Offense.”

Entering his third season in Starkville, Leach is 11-13 in Starkville over the past two seasons. He’s also coached at Texas Tech and Washington State and his teams have won 150 games with Leach as a head coach.

Leach’s coaching record is found on the Sports Reference website.