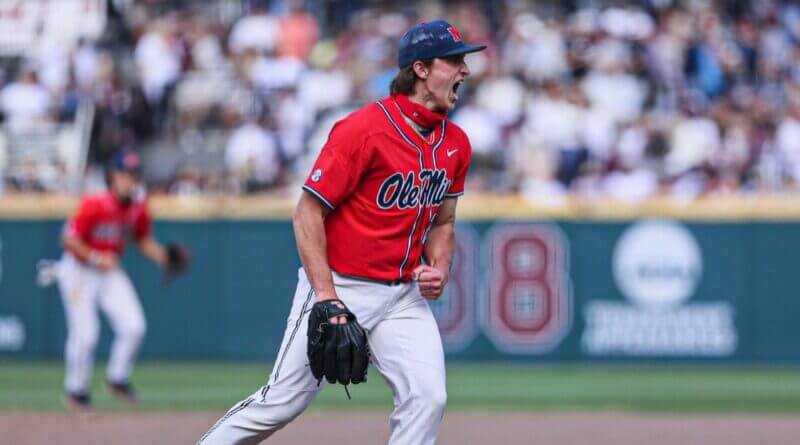 The junior out of Windermere, Florida, joins Jake Gibbs (1960-61), Paul Husband (1972-73) and Stephen Head (2003-05) as the only Rebel baseball players to earn All-American honors over multiple seasons. Nikhazy was previously named a Third Team All-American by Collegiate Baseball in 2020.

Nikhazy is No. 2 in the SEC and 21st nationally in ERA. He also ranks in the top five in the conference in hits allowed per nine innings, strikeouts, wins and WHIP.

In conference play, Nikhazy posted a 1.67 ERA and a 7-1 record over 59.1 innings pitched with 85 strikeouts and 19 walks. He is the first Rebel since Chris Ellis in 2017 to win seven SEC games in a single season. He closed his regular season with a career-high 13 strikeouts at Georgia.

The highlight of his 2021 campaign thus far came at Mississippi State, where he threw a complete-game, one-hit shutout in front of the largest on-campus crowd in college baseball this season.

The latest All-American nod adds to a spectacular list of career honors for the Rebel left-hander. Nikhazy was named to the All-SEC First Team last week. In 2019, Nikhazy set an Ole Miss freshman record with 86 strikeouts as he earned Freshman All-SEC and All-American honors, in addition to a spot on the USA Baseball Collegiate National Team.