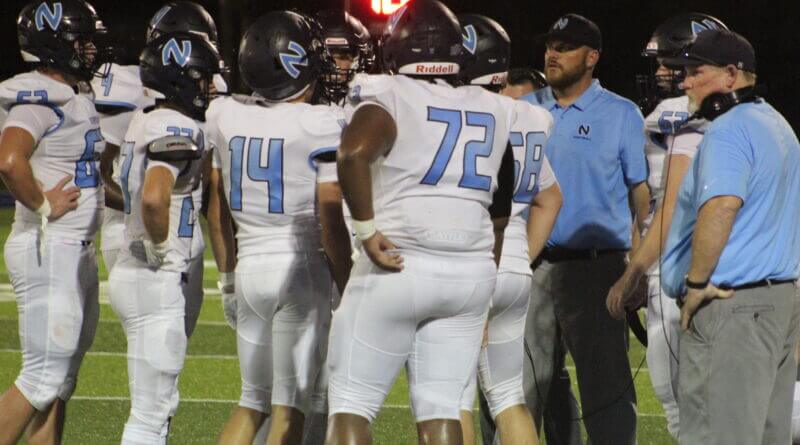 The Northpoint Christian School football Trojans saw their season come to an end Friday night with a 54-20 loss to Silverdale Academy of Chattanooga, Tenn. The defeat came in the first round of the Tennessee Secondary Schools Athletic Association (TSSAA) Division II-AA playoffs. Northpoint ended the season with a 5-6 record. Friday’s contest was played at Lipscomb Academy in Nashville, which now hosts Silverdale next Friday night in the playoffs’ second round.

The Seahawks took charge of the contest quickly, posting 41 first quarter points before the Trojans could answer with a 60-yard touchdown pass from Northpoint quarterback Jack Patterson and Darius Naylor. Cooper McCoy added the extra point and Northpoint trailed 41-7 with 2:50 left in the first half.

In the second half, Northpoint scored first when Jackson Thomason scored a rushing touchdown to get the Trojans within 41-13 with 9:42 remaining in the third quarter.

But when Silverdale added another touchdown, the running clock went into effect. Each team would score once more in the contest, with Northpoint’s final touchdown coming on another 60-yard scoring strike from Patterson to Alex Wright with 32 seconds left in the third quarter.

Lipscomb Academy, as the top seed among Middle Tennessee Division II-AA schools, comes into the contest next Friday with a 9-1 record.