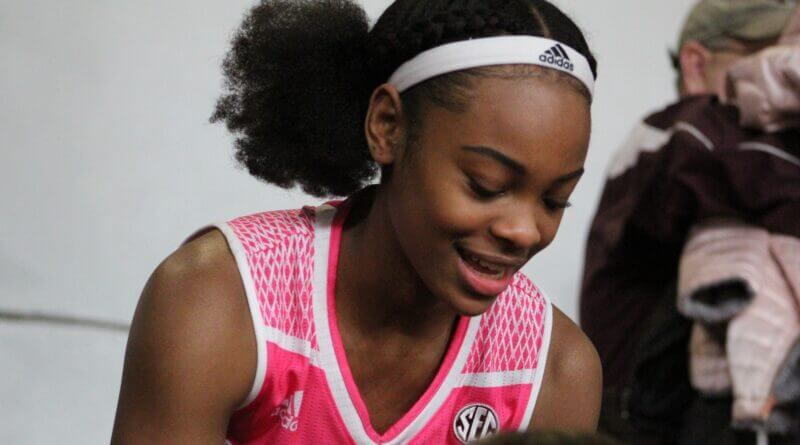 Mississippi State’s Myah Taylor earned a spot on the 2021 Nancy Lieberman Award Preseason Watch List, which is given to the nation’s top point guard, the Naismith Memorial Basketball Hall of Fame and the Women’s Basketball Coaches Association announced Monday.

The Olive Branch native is one of 20 candidates for the award, and she joins Arkansas’ Destiny Slocum as the only SEC players on the list. A national committee of top college basketball personnel determined the watch list. To be considered for the prestigious award, candidates must exhibit the floor leadership, play-making and ball-handling skills of Class of 1996 Hall of Famer Nancy Lieberman.

Taylor averaged 5.6 points per game on 46 percent shooting from the field. She also posted 4.6 assists, 2.3 steals and 1.5 rebounds per game while starting all 33 contests for Mississippi State.

College basketball fans are encouraged to participate in Fan Voting presented by Dell Technologies in each of the three rounds. In early February, the watch list of 20 players for the 2021 Nancy Lieberman Point Guard of the Year Award will be narrowed to just 10. In early March, five finalists will be presented to Ms. Lieberman and the Hall of Fame’s selection committee.

The winner of the 2021 Nancy Lieberman Award will be presented April 9, 2021, along with the other four members of the Women’s Starting Five. Additional awards being presented include the Ann Meyers Drysdale Shooting Guard Award, the Cheryl Miller Small Forward Award, the Katrina McClain Power Forward Award and the Lisa Leslie Center Award.