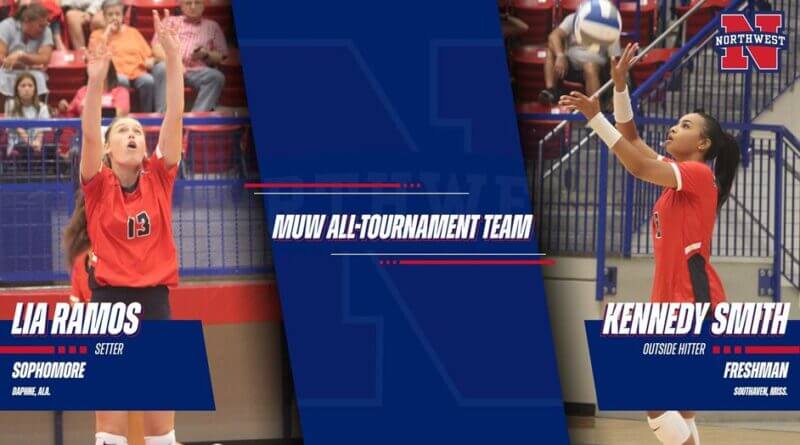 Northwest Mississippi Community College volleyball sophomore setter Lia Ramos and freshman outside hitter Kennedy Smith have been chosen to the MUW All-Tournament team, following a pair of wins in Columbus on Sunday.

Ramos totaled 60 assists in the Lady Rangers’ wins against Rust College and MUW JV, including a season-best 38 assists in the victory against Rust. The Daphne, Ala. native also had 14 digs in the win against the Lady Bearcats and leads the team with 206 assists and is currently fourth in total digs with 79.

Smith, a native of Southaven and a product of DeSoto Central, combined for 26 kills in the Lady Rangers’ two wins. She earned 18 kills and 14 digs in a close 3-2 victory against Rust and followed with eight more in the 3-0 shutout of MUW JV. For the season, Smith ranks fourth in total kills with 70 and fifth in digs with 55.

Both victories helped Northwest continue its winning streak to five matches. The Lady Rangers (5-8) will travel to Itawamba on Friday, September 16 at 5 P.M. for a crucial Region 23 match against the Lady Indians.