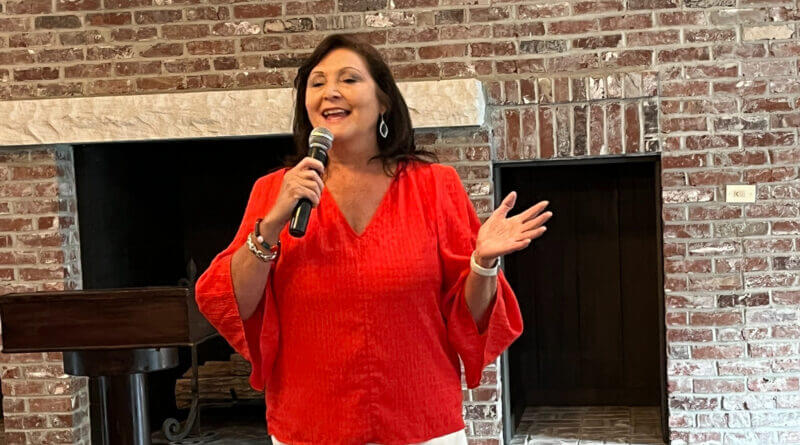 Photo: DeSoto County Supervisor Lee Caldwell announces she will run for re-election to the Board of Supervisors in the 2023 elections. (Bob Bakken/DeSoto County News)

DeSoto County Supervisor Lee Caldwell touted her conservative leadership and what the board has accomplished as “a team” over the past several years as she announced her candidacy for re-election in 2023 Tuesday evening at Bonne Terre Inn in Nesbit.

Caldwell has become the first and at this time the only candidate for the District 4 position on the five-member Board of Supervisors with the primary election 11 months away.

She made history in 2011 when Caldwell was first elected, becoming the first female elected to the DeSoto County Board of Supervisors. She will be seeking her fourth term in office in the August 2023 primary, and potential general election in November 2023.

In her announcement in front of family, friends, and supporters, Caldwell stressed she has worked as part of a team, with fellow supervisors and with other elected officials to accomplish much for the county.

“We work really hard to try to have a better DeSoto County,” Caldwell said. “How we’ve done this is through conservative leadership. You expect the very best for this county.”

“You want a good government and you want your tax dollars to be spent wisely,” Caldwell added, noting that DeSoto County has not raised millage rates the past 19 years.

Married to MDOT Northern District Transportation Commissioner John Caldwell, Lee in 2010 was a Special Projects Coordinator for the DeSoto County School District and in 2000 started as a Special Education instructor at Horn Lake High School.

With the Board of Supervisors, Lee Caldwell is active on several board committees and on a number of other committees at several levels.