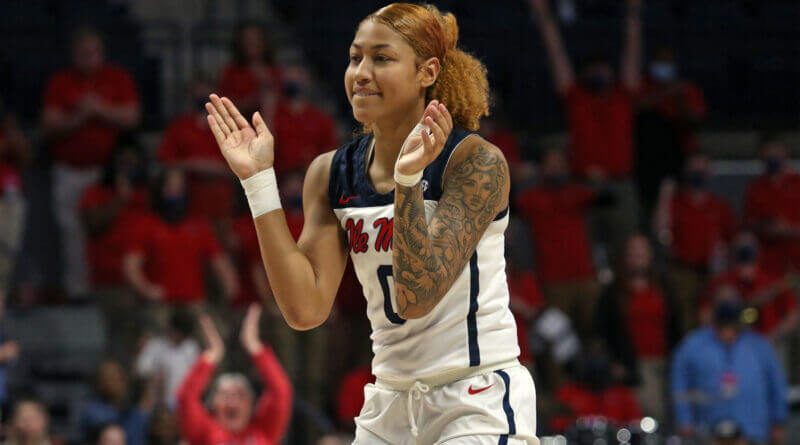 Coming off of a stellar rookie campaign with the Washington Mystics, Ole Miss women’s basketball alum Shakira Austin has been named as one of the 12 to earn a spot on the 2022 USA Women’s World Cup Team, the USA Women’s Basketball National Team Committee announced Monday night.

Austin will join Team USA at the 2022 FIBA World Cup starting Wednesday in Sydney. The Fredericksburg, Virginia, native builds off an outstanding first season in the WNBA with the 6-5 forward earning All-Rookie team honors.

The two-time First-Team All-SEC member helped lead the Rebels to new heights in her two seasons in Oxford, with Ole Miss setting the single-season program block record with 142 rejections in 2021-22 and its first NCAA Tournament appearance in 15 seasons.

Ole Miss’ extensive ties with USA Basketball continue, with many former Rebels playing and serving as coaches for the red, white and blue. Jennifer Gillom was a member of the 1988 gold medal team at the Seoul Olympics as well as a coach on the 2012 gold medal team in London. Former head coach Van Chancellor was the head coach of the 2004 team that won gold in Athens while Peggie Gillom was an assistant coach with the 2000 gold medal team in Sydney.