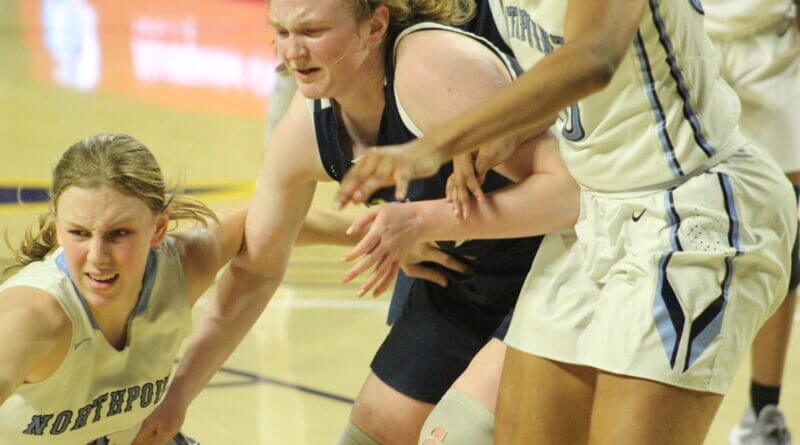 The loss at the Eblen Center on the Tennessee Tech University campus was the first defeat by a Northpoint girls’ basketball team since the Lady Trojans fell to Hernando 37-28 in the Magnolia Heights School Christmas Classic last December in Senatobia.

After that loss, Northpoint ran off 18 straight wins until Thursday afternoon’s matchup with the Lady Lions of Murfreesboro, Tennessee, which improved to 23-9 with the victory. Northpoint finished the season 24-5.

The teams battled through the first quarter to a 15-15 deadlock after eight minutes with Northpoint taking as much as a four-point lead twice in the opening eight minutes.

The Lady Trojans struck in the second quarter to a nine-point lead after a lay-up by Brylee Faith Cherry in the final minute of the first half. Northpoint took that 27-18 lead into the locker room at halftime.

“We were just making our shots,” Northpoint coach Barry Gray said. “In the second half, I think we started looking at the scoreboard and we started missing some shots. I think the turnovers and the missed layups in the second half was a difference and then they made some big shots.”

In forging the lead, Izzy Carlson was the main part of the Lady Trojan offense. The junior was 4-for-5 from the floor and 3-of-4 from three-point range.

A jump shot from Annacaite Markham and a three-pointer from Edmonds cut the Northpoint lead to 27-23 starting out the third quarter. A free throw from Cherry later in the quarter preserved a five-point Northpoint lead at 32-27, but PCA’s Abby McFarland’s trey cut the margin back to two points at 32-30 Lady Trojans with 2:12 left in the quarter.

A Carlson layup and a Alia Callum layup with 1:01 left in the period made the score 34-32 going into the fourth quarter of action.

Edmonds tied the game to open the fourth quarter at 34-34. Two free throws by Cherry gave Northpoint a two-point margin back, but Markham’s three-point shot gave the lead back to the Lady Lions.

The Lady Trojans answered with a layup by Carlson and Jones for a 40-39 lead, setting the stage for Edmonds’ game-winning three-point answer with 43 seconds remaining.

Northpoint was forced to foul to get the ball back in the final moments but PCA failed to score at the free throw line when finally given the opportunity, Carlson’s long-range three-point attempt as the buzzer sounded came up short, ending the game.

Carlson led the Lady Trojans in scoring with 15 points, including 3-of-7 from the three-point line.

“I knew we have been preparing for this the entire season and I knew that we could get back here, so I just wanted to play as hard as I can,” Carlson said about her play. “Especially with this coronavirus, we just had to play each game like it was our last game of the season.”

Cherry followed with 11 points and Jones, in her last high school basketball game, tallied nine more, but was held to just two in the second half.

Jones has signed to play at Tennessee-Chattanooga next season.

“I couldn’t have been able to do any of it without my coaching staff,” Jones said. “Developing me and helping me keep God first regardless of any of the outcome.”

Edmonds led PCA with a game-high 16 points, including the game-winning trey. Markham and McFarland each had seven.

You can see all of the DeSoto County’s playoff basketball scores when you CLICK HERE.