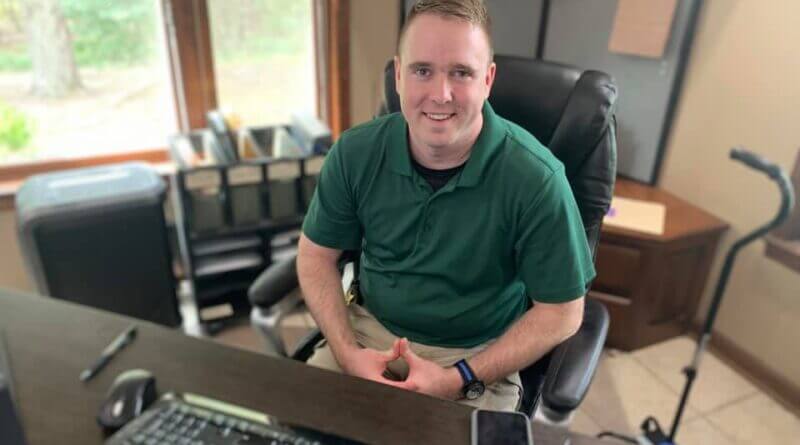 The DeSoto County Sheriff’s Department had some good news to share on its social media this week with the announcement that Deputy Austin Eldridge had returned to work.

Photos of Eldridge at his desk with the announcement were shown on the department’s Facebook page.

Eldridge was seriously injured in February after being struck by a passing vehicle on I-269 while assisting another stranded motorist by helping change a flat tire.

Among his injuries, Eldridge lost a leg and has spent several weeks in a hospital and in physical therapy in recovery.

Wednesday, Eldridge was pictured at a desk in the Sheriff’s Department headquarters and was quoted as saying he had an “incredible first day back.”

Eldridge continues to say his ultimate goal is to get back on patrol and doing what he was doing before he was injured.

The former radio producer is also being heard on the air Fridays this fall as part of a Game of the Week series of football broadcasts on 95.3 The Rebel in Southaven. He and Dalton Starkey describe a featured DeSoto County high school team or teams each Friday during the fall season.