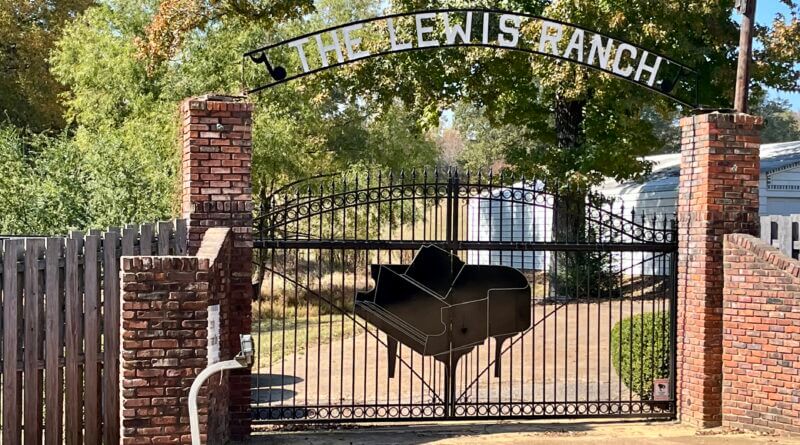 There are differing accounts out now about the possible sale of the Lewis Ranch.

A website that was noted in news reports last week announced that the Nesbit home of the late Jerry Lee Lewis was being put up for sale. The property consists of more than 30 acres, a stocked lake, two ponds, self-contained apartment, swimming pool, and the Lewis home.

DeSoto County News reached out for reaction from the Lewis family and on Sunday Jerry Lee Lewis III responded with a statement that was also posted to the Jerry Lee Lewis Facebook page.

“When I first heard The Ranch was up for sale I was at work,” Lewis said in his message to DeSoto County News on Sunday. “Immediately after, anyone I ran into began asking me why I was selling my father’s home? As you can imagine living in a small town in Mississippi that news travels fast. I was devastated.”

Lewis added the plans were for him to raise his family on the ranch.

“My entire life my dad would tell me how one day I’d raise my children here at the Ranch like he was doing then,” Lewis said. “Like I am doing now. My boys, Jerry Lee Lewis, IV and Mason Kidd Lewis run the yard and play with our dogs here. I spent all of my formative years here and I want them to do the same.”

A lengthy statement on the Jerry Lee Lewis ranch website comes from Cecil Harrelson Jr. refuting Lewis’ earlier statements that Harrelson had “pulled a fast one.”

Harrelson is the son of Cecil Harrelson, Lewis’ road manager and songwriter.