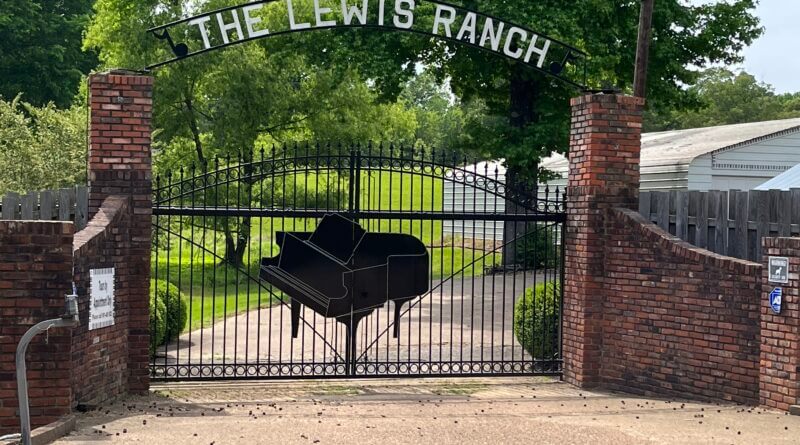 The website announcement called Lewis a performer “with a distinctive and dynamic style as a singer and pianist. Between 1968 and 1981, he had 34 Top Twenty country hits.”

Lewis will join Joe Galante, one country music’s most successful record executives, and influential singer Keith Whitley as the newest members of the Hall.

Galante helped steer the careers of Alabama, Clint Black, Kenny Chesney, the Judds, Martina McBride, Carrie Underwood, and many other artists during his four decades in the record business.

The newest members-elect will be honored during a private, invitation-only Medallion Ceremony at the Museum in October 2022.

Photo: The entrance to the Lewis Ranch, the Nesbit home of legendary musician Jerry Lee Lewis, who will be inducted into the Country Music Hall of Fame in October. (Bob Bakken/DeSoto County News)