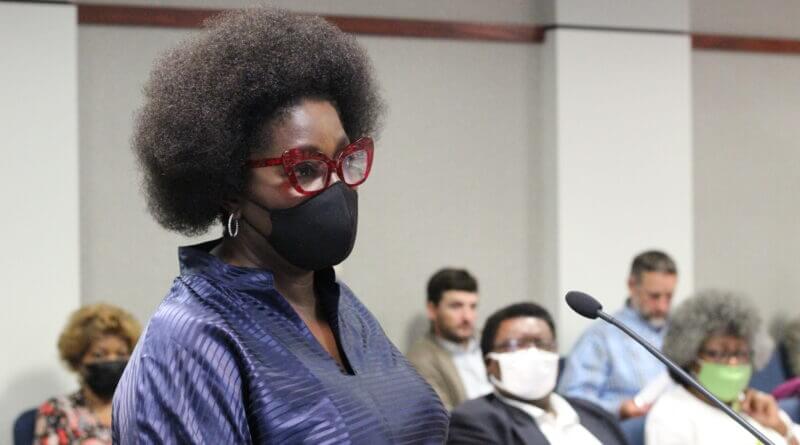 Members of the African-American community in DeSoto County have expressed a desire to see a transparent and more open process in the drawing of new district lines for the next 10 years.

Redistricting at all levels takes place after new population figures are released by the U.S. Census Bureau. The DeSoto County Board of Supervisors is in the early stages of the redistricting process. They heard from some members of the African-American community during Monday’s public comments session of the regular session.

Pamela McKelvy Hamner of Southaven told the board there should be accountability in the redistricting process.

“I think as citizens we have the right to access,” she said. “We would like a resource guide to know the company that you have will do the process fairly when they draw the lines.”

James Woodard, who lost a 2019 election for supervisor to Mark Gardner, pointed to the growth in county population over the past 10 years and the percentage of that population being African-American.

“There has been a substantial growth in the population of 27,000-35,000 people and 27-30 percent of that is African-Americans,” Woodard said. “We are asking you to follow the Voting Rights Act Section 2. There’s 30-40 percent African-Americans within DeSoto County, but yet there’s no representation.”

The section Woodard referred to from the Voting Rights Act of 1965 refers to prohibition of voting practices or procedures that discriminate on the basis of race, color, or membership in one of the language minority groups identified in Section 4(f)(2) of the Act.

Woodard believes African-Americans should have a greater presence on the board.

“We are asking that when you redistrict to at least give at least two districts of majority African-Americans,” Woodard said.

Sharon Wofford went on to ask for transparency through more citizen involvement in the redistricting process.

“I ask that this Board invite the citizens of this county to inform them on how redistricting will be implemented,” Woffard said. “I also ask that the board develop a citizens’ redistricting committee that is representative of the diversity that we just talked about in DeSoto County. That committee will have an active role in redrawing the voting lines for this county.”

County administrator Vanessa Lynchard said the first step that needs to be done is for a consultant to come in and make sure the district lines are drawn accurately.

“We will make sure that we are compliant in every way,” Lynchard said.

Supervisor Lee Caldwell, who pointed out she represents a minority as a Native American and a woman on the Board, added public hearings will be held, “and everybody will be included and the remarks will certainly be considered. We want you to know that.”

Any changes would also reflect the DeSoto County School District, as its board members come from the Supervisor Districts that are laid out.