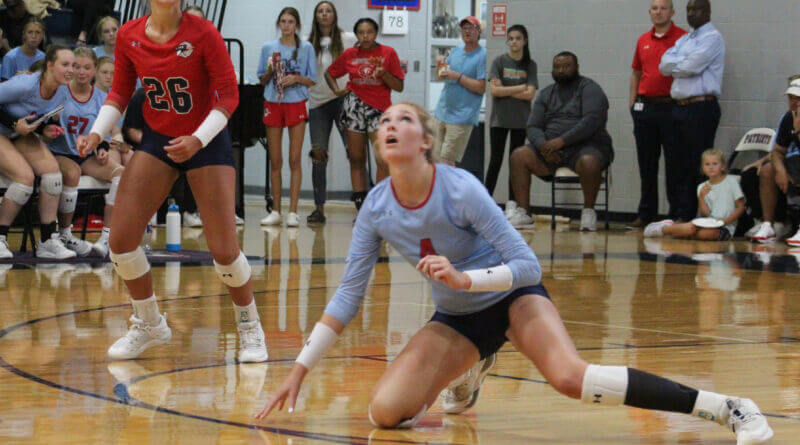 Lewisburg’s Ella Grace Holloway (4) eyes a volleyball in a match early in the season against Hernando. Holloway was among players named by state coaches to the 6A All-State volleyball team. (Bob Bakken/desotocountynews.com)

Mississippi coaches have announced its all-state volleyball teams for the 2022 season.

Following are the 6A All-State selections that include Ella Grace Holloway of Lewisburg and Reese McIntosh and Kasey Scruggs of DeSoto Central.

Here’s the Class 5A All-State selections that include Sofia Gonzalez, Dallas White, and Lundyn Wilson from 5A state champion Lake Cormorant. Lady Gators’ coach Christina Morgan was named 5A Coach of the Year.