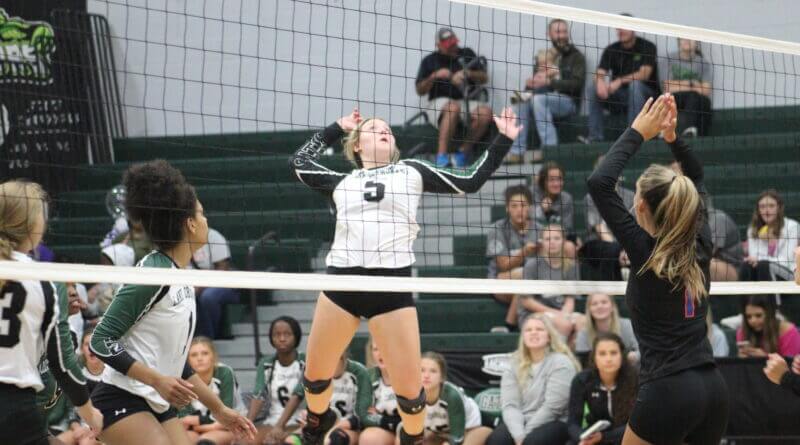 Kiersten McGarrity of Lake Cormorant is set to fire a kill attempt in a victory this season over Saltillo. McGarrity is among DeSoto County players named to the Mississippi Association of Coaches North All-Star team. (Bob Bakken/desotocountynews.com)

The Mississippi Association of Coaches Tuesday announced the North and South All-Star Volleyball players for the annual contest.

The 2023 All-Star Volleyball Games will be played on Wednesday, July 12 at the Hangar Dome on the campus of Millsaps College in Jackson. Players will report on Tuesday, July 11.

Here are the North All-Stars to play in the contest. Christina Morgan of MHSAA 5A state champion Lake Cormorant is one of the coaches, along with Ashley Martin of Oxford.