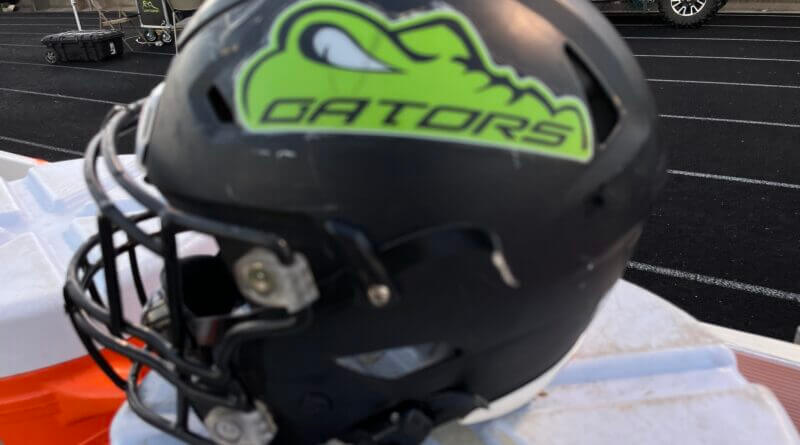 Southaven, DeSoto Central, and Lewisburg have extended their seasons by at least one game after Thursday’s prep football regular season ended. Hernando’s victory over Olive Branch was not enough for Hernando to reach the postseason, while losses by Olive Branch, Center Hill and Lake Cormorant ended their respective football campaigns.

Of the three DeSoto County teams remaining, only Southaven will have a home game when the postseason starts on Friday, Nov. 11.  DeSoto Central and Lewisburg will travel for the first round.

Here’s a recap of Thursday’s action and the pairings for the first round of the 6A playoffs next Friday.

OXFORD LAFAYETTE 30, LAKE CORMORANT 7: The Commodores solidified the second spot in Region 1-5A and will have a home playoff game next week, while ousting the Gators from the postseason at the same time.  Jay Reed scored three times for Lafayette, all on short runs. Reed scored twice in the second quarter to extend an early lead to 21-0 at halftime. Reed then scored once more in the fourth quarter. Lake Cormorant quarterback Baker Walker found Rondarious White on an 11-yard pass play in the third quarter for the Gators’ only score in the game. Lake Cormorant finished the season with a 4-7 record and was 3-4 in region play, losing a playoff spot in a tiebreaker.

HERNANDO 29, OLIVE BRANCH 22: Brody Martin’s 60 yard touchdown run in the fourth quarter was the play Hernando needed to defeat the Conquistadors at Pool Field. The fourth-quarter score was Martin’s second touchdown of the game, with another coming on a scoring pass play from quarterback Topher Jones, who also found the end zone to give the Tigers a 22-7 lead at the time. Hernando finishes the season with a 6-5 record (3-4 in region games). Olive Branch ends the year 5-6, having lost its last four in a row. The Quistors were 2-5 in region contests.

DESOTO CENTRAL 35, LEWISBURG 14: The Jaguars and Patriots both made the 6A playoffs, but the Jags clinched the number three spot and Lewisburg took the fourth spot in the region standings.  Cameron Taylor scored three touchdowns for DeSoto Central, Andrew Moore found the end zone on a short run and Taurean Davis ran an interception back for another score.  Lewisburg scored on a short run from Coleman Dowell and a 12-yard Gunnar Gilmore pass to Easton Fesmire for another touchdown.

SOUTHAVEN 46, HORN LAKE 6: Southaven enters the playoffs as the number one seed from Region 1-6A, scoring 46 unanswered points after Horn Lake took an early lead. The Chargers finished the regular season 10-0 while Horn Lake finished the year winless in coach Brandon Jackson’s first year as head coach.  Southaven is unbeaten for the first time since 1979 and has a 10-win season for the first time since a 10-3 mark in 2014.

SOUTH PANOLA 34, CENTER HILL 6: South Panola solidified its hold on the second spot in Region 1-6A with the convincing win against the Mustangs.  The Tigers had a 14-6 lead at halftime but broke the game open in the second half.  Center Hill finished the season with a record of 4-7 overall, 3-4 in region games but lost out to Lewisburg in the tiebreaker.

MHSAA 6A football playoffs – first round

The complete 6A playoff bracket is found here.

SPORTS ETC.: A threat of rainy weather in the Jackson area on Saturday has resulted in the state cross country meet set for that day to be moved to Wednesday, according to a tweet from the Mississippi High School Activities Association.