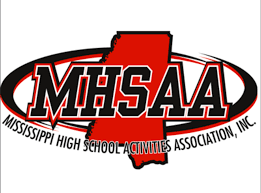 New 7A classification added for next two athletic seasons, starting in the fall

The anticipated expansion to seven Mississippi high school classes for next year has taken another step forward. The Mississippi High School Activities Association (MHSAA) Thursday announced what classes schools will be assigned to for the next two years.

MHSAA Executive Director Rickey Neaves told DeSoto County News the move to add another classification was meant to provide a “more level playing field” for schools to compete on.

“There was about an 1,100 difference between the top of 6A and the bottom of 6A,” Neaves said. “By going 7A, the difference now should be around 500 students. We hope when all is said and done, basketball, football, baseball and softball will also be playing in the same regions.”

Enrollment numbers for grades 9-11 were used to determine the classification assignments. The top 24 schools were placed in 7A. DeSoto Central is the largest school in 7A with 1,553 students and Lewisburg is the smallest 7A school at 960.

The new 6A will have Hancock (944) as the largest school and Vicksburg (699) as the smallest school. Olive Branch is the sixth largest in 6A at 849 students, Center Hill is eighth at 824 and Lake Cormorant comes in with 751 students.

Following are the new region assignments: