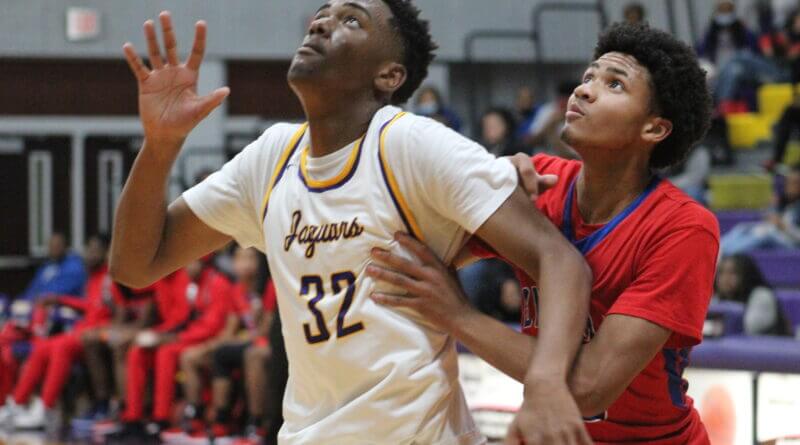 The Jaguar boys evened their season record to 1-1 with the 69-58 victory played at home on Saturday afternoon. The game was originally set for Byhalia but was moved to DeSoto Central due to a mechanical issue in the Byhalia gymnasium. The teams switched home dates as a result with DeSoto Central playing at Byhalia in December.

In a closely contested first half, the Indians held a one-point lead after one quarter at 14-13. The Jaguars tied the game at 25-25 heading into the locker room at halftime.

The third quarter began with DeSoto Central putting together a run of points aided by a technical foul against Byhalia which quickly gave the Jaguars a five-point lead at 30-25 and they were never headed after that.

The Jaguars fashioned a 16-point lead in the fourth quarter at 63-47 before Byhalia rallied to get within 11 at the end of the contest.

Dorian Whitley was the primary offensive threat for DeSoto Central in the victory, erupting for 35 points, 22 of which came after halftime.

“He’s really come a long way,” said Jaguars’ coach Blake Ormon. “He’s a very solid player, a great rebounder, great hustler, but we pushed him over the off-season to become more of a scorer. We’re going to need him to become even better.”

Alex Pete added 12 points for the Jaguars, coming off a one-point loss to Madison Central in the season opener.  Derrick Beard was the leading scorer for Byhalia with 21 points.

Tanaija Bratcher paced DeSoto Central with 12 points as the Lady Jags breezed to a 51-16 win against the Lady Indians in what was the nightcap of the Saturday afternoon of basketball.

“She shot it well,” said DeSoto Central coach Gwendolyn Johnson Petty. “She’s been working on her shot lately, coming in the gym and trying to get some extra shots up. I was very proud of her effort.”

Byhalia scored the first basket of the game but it was all DeSoto Central after that. The Lady Jags forged a 19-5 lead after one quarter and a 33-12 advantage at halftime.

In a second half played with a running clock, DeSoto Central increased the lead to 42-15 heading into the final quarter.

DeSoto Central is now 2-0 for the season and plays Tuesday against Horn Lake.