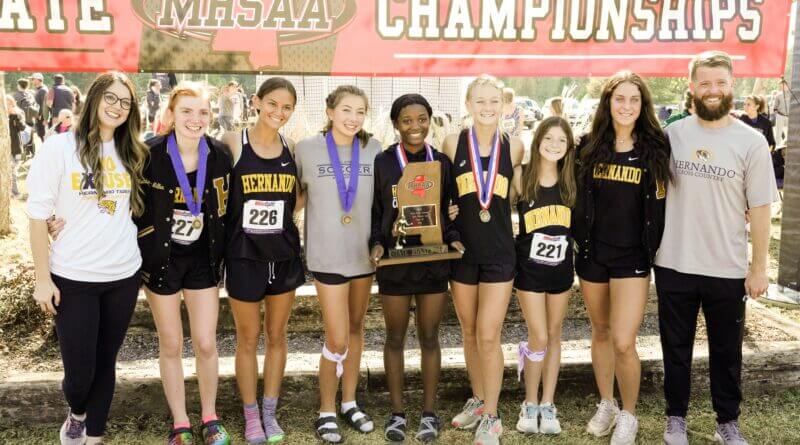 Cartwright won the state individual championship, running the five-kilometer course in a time of 18:41.50, followed by teammate Jackson, who was second in a time of 19:17.45. Madison McMillen also finished in the top 10, taking ninth in a time of 20:13.64.

DeSoto Central had the top boys’ team finish at the MHSAA 6A state meet, taking eighth place with 201 points. Hernando was 10th with 247 points and Lewisburg was 15th with 394 points.

Graham Weiss of Hernando had the best DeSoto County finish in seventh place at 16:33.95.  Ryan Williams led DeSoto Central, taking 26th in the individual run with a time of 17:04.88. Jackson Dickerson was the best Lewisburg finish, taking 53rd overall in a time of 17:52.10.

Oxford was the team champion with 86 points, followed by Tupelo in second place with 104 points.

Note: Photos from the MHSAA 6A state cross country meet is available from sportspics.org.

On Friday, Noah Carpenter of Northpoint Christian School finished sixth at the TSSAA Division II-A state championships for cross country. The meet was held in Hendersonville, Tenn. Carpenter was clocked in a time of 16:55.02.