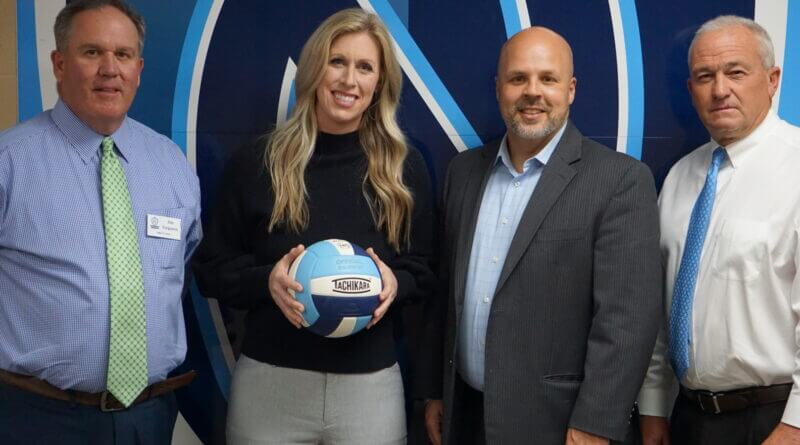 Robinson brings 20 years of coaching experience along with 19 years of playing indoor/outdoor volleyball to NCS.

Currently the Assistant Director and Master Coach at Memphis Volleyball Academy, Robinson previously served at St. George’s (Collierville, Tenn.) as the assistant volleyball coach where they won the 2019 TSSAA Division II-A state championship, and made a sub-state appearance in 2020.  She has also previously coached the Memphis Nighthawks.

A New Orleans native, Robinson was a high school letter winner with All-Conference and All-Tournament awards in high school and played volleyball in college at the University of New Orleans.

During high school, her volleyball career shifted to playing beach volleyball.  Playing in over 200 volleyball tournaments nationwide, she holds a current membership in the Louisiana Outdoor Volleyball Association, also known as LOVA.  Before moving to Memphis, she once represented Team USA in a match vs. Jamaica and has worked as a staff member of the Coconut Beach Volleyball Complex.

“We are thrilled to add Coach Robinson to our staff of Head Coaches,” said Northpoint Head of School Jim Ferguson. “She comes to Northpoint with many connections and with great respect within the Mid-South volleyball community and we are excited for what she now brings to Northpoint.”

“I am excited to join the Northpoint family as head volleyball coach,” Robinson said. “I look forward to using my experiences and skills to continue and develop our Northpoint players, not only in their own level of skills, but to nurture each player in developing a deeper love of the volleyball sport.”

Robinson replaces long-time coach Joy Dedman, who made the decision earlier this year to pass the baton after serving 19 years at SBEC/NCS as head coach.  Dedman remains at Northpoint as a valued faculty member.

“We are so thankful for the 19 years, Coach Dedman has served our school and our volleyball program,” Ferguson said.  He added that Coach Dedman leaves a long legacy of young ladies molded under her leadership, and he was challenged in finding just the right person to take over the program.

“We know our players will continue to grow with Coach Robinson leading them,” said Ferguson. “Robinson brings the perfect combination of enthusiasm and experience.   We are excited to watch our players and our volleyball program fly!”