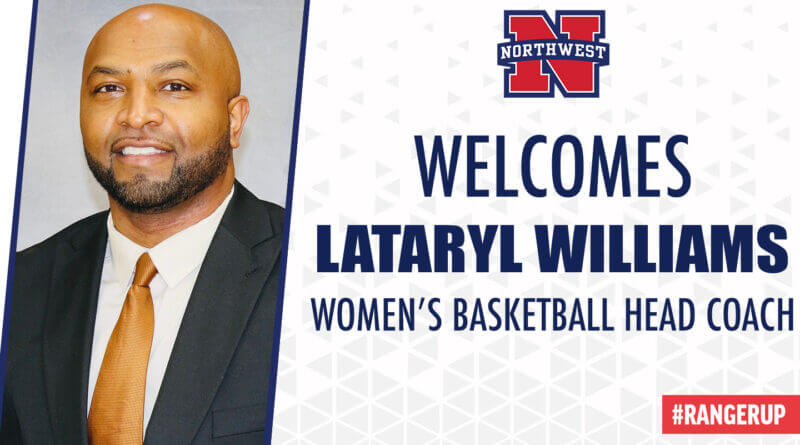 Williams (Twitter: @LATARYL), a star for the Rangers in the late 1990s, has been announced as the new women’s basketball coach at Northwest, the college confirmed on Tuesday morning. The Oxford native brings 14 years of coaching experience to the Lady Rangers’ program, including two previous stops in the MACCC.

“It’s a blessing to be able to return to Northwest,” Williams said. “This is something that I prayed and my family prayed for, and we’re delighted that this opportunity came up. I love coaching and I love Northwest, so to be able to do what I love at a place that I love is the ultimate win-win situation.”

Williams arrives at Northwest from his most recent stint as head women’s basketball coach at East Central Community College, a title he earned in 2018. Williams spent four seasons in Decatur, guiding the Lady Warriors to 43 victories and an 18-6 overall mark in 2018-19, the most wins by a first-year head coach in program history.

Williams’ 2018-19 squad also cracked the NJCAA’s Top 25 national rankings and he led ECCC to three NJCAA Region 23 postseason appearances, including a run to the semifinals during the 2020-21 season. He also developed nine college signees, including three student-athletes that moved on to the Division I level.

Prior to his stint at East Central, Williams served as an assistant women’s basketball coach at Holmes Community College from 2012-18. During his time in Goodman, he guided the Lady Bulldogs to four straight appearances in the NJCAA Region 23 Tournament (2014-18). Williams took the 2015-16 Holmes squad to the Region 23 Semifinals, defeating the No. 1 tournament seed in the first round.

Williams also gained a wealth of coaching and playing experience overseas, serving a one-year stint as an assistant coach in the United Kingdom for the Leicester Riders and operated a Basketball Academy at Burleigh Community College in Loughborough for nearly four years. For a decade, he also played professionally in South America and in Europe before a career-ending knee injury took him off the court.

After his varsity career concluded at Oxford High School in 1996, Williams came to Northwest to play for future Hall of Fame coach Marc Dukes. During his two seasons with the Rangers, Williams helped Northwest to a combined 57-11 overall record and an appearance in the 1998 NJCAA Final Four, while earning All-MACJC, All-Region 23 and All-NJCAA Tournament accolades.

Williams wrapped up his collegiate career at Ole Miss, helping the Rebels and head coach Rod Barnes to the 1999 NCAA Tournament and the 2000 National Invitational Tournament.

“We are excited to welcome Coach Williams back home at Northwest, now as our head coach,” said Northwest President Dr. Michael J. Heindl. “The caliber of coach he is, and success of the teams he’s led, fit perfectly with what we have been seeking to do at the college with all sports. I look forward to working with him as he leads our storied women’s basketball program forward.”

Williams holds three degrees, including an associate’s in general studies from Northwest (1998). He earned his bachelor of arts in Leisure and Sport Management from Ole Miss in 2001 and his master’s in Sports Administration from the University of Northern Colorado in 2016.