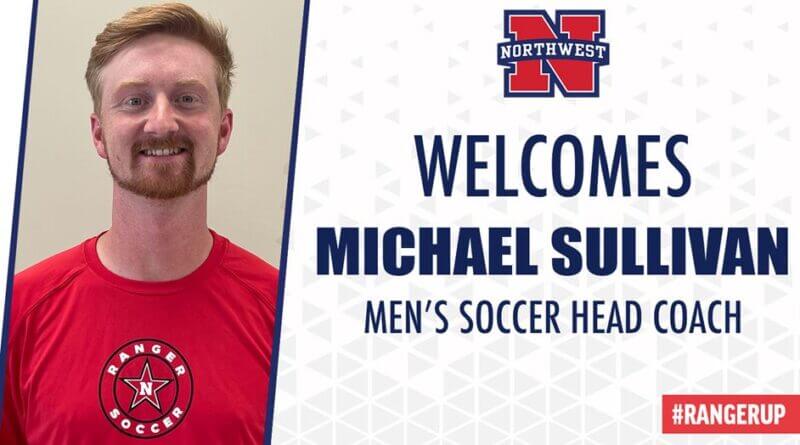 “I am ecstatic about this opportunity to coach at Northwest,” Sullivan said. “North Mississippi is a great area and it is a dream of mine to establish a powerhouse program here to provide more opportunities for kids in this region. In the short term, it will take time to instill a winning culture, but it is work that can be done and I am excited to get that process started.”

Sullivan comes to Northwest from Mississippi University for Women, where he served as the graduate assistant coach for the Owls’ men’s soccer program. Last season, Sullivan and the Owls finished with eight wins and a trip to the USCAA Championship in Virginia Beach.

Sullivan also began serving as the head coach of the Tupelo Futbol Club in 2017 and the Vice President of the Starkville Soccer Association, beginning in January 2021. He has overseen the merger between the two associations, a process that will turn the organization into the largest club in the state.

From 2018-20, Sullivan also served as the head coach of the junior varsity boys’ soccer program at Starkville High School, creating a bridge of development to the varsity team. He also coordinated 3-on-3 teams for Impact Futbol Club in the summer of 2019. He holds National C and D coaching licenses, as certified by the United States Soccer Federation and an Advanced National Diploma from the United States Soccer Coaches Association.

“We are excited for Coach Sullivan to be joining the Northwest family,” said Northwest President Dr. Michael J. Heindl. “He brings with him successful experience at the high school, travel league and university level, and we look forward to him leading the men’s soccer program at Northwest.”

A native of Starkville, Sullivan signed with Itawamba Community College following his prep career at Starkville High School. He played for the Indians from 2015-17, before stepping off the field and finishing his bachelor’s degree in kinesiology at Mississippi State.

Sullivan will get his first on-the-field look at the Rangers on Wednesday, Aug. 10 in an exhibition match at Christian Brothers University. The first regular season match is slated for Thursday, Aug. 18 at Blue Mountain.