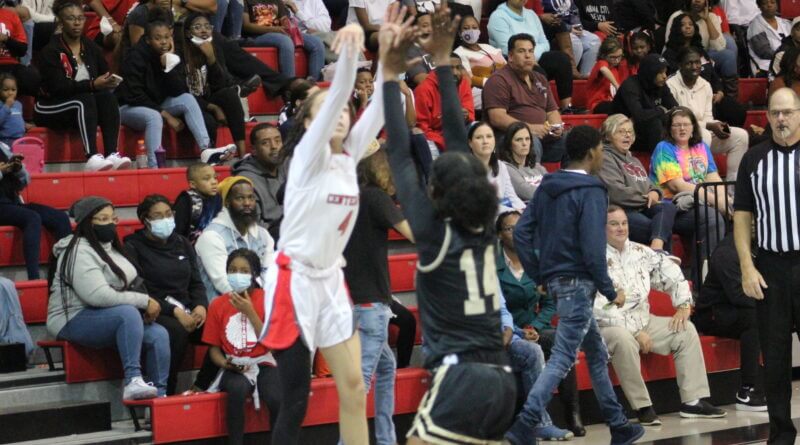 Jairya Rankins scored a game-high 21 points, including 15 in the first half, as the Center Hill Lady Mustangs ran past Whitehaven 57-39 Tuesday night.

It was another night where Rankins led the way for coach Emily Owens’ Lady Mustangs.

After being held to just a three-pointer in the first quarter, Rankins exploded in the second quarter with another 12 points, scoring that included two more three-pointers, to help give Center Hill a 32-26 halftime lead.

Rankins scored her final six points of her evening in the third period but five teammates also found the range to outscore Whitehaven 19-4 coming out of halftime.

Madison Hughes finished with nine points in the win for the Lady Mustangs and Zarria Shipp added seven more. Whitehaven was led by Christal Little’s 19 points and Jeurnei Wright with 13 points.

Owens observed that her team battled through soreness, pains and injuries to get Tuesday’s win.

“I felt like they really pushed through,” said Owens. “They picked up slack where needed and worked together as a team. The heart and the fight is what I’ve seen from them the last couple of games.”