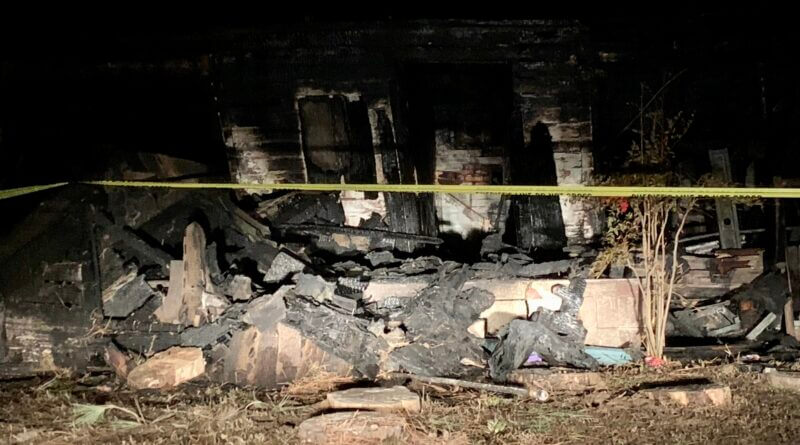 Photo: The remains of a home  at 1894 Highway 305 Tuesday night after fire swept through it. One person perished in the blaze. (Bob Bakken/DeSoto County News)

The Mississippi State Fire Marshal’s office is investigating to determine the cause of a house fire in the Lewisburg area that resulted in the death of a woman.

Officials identified the victim of the Tuesday morning blaze as Shannon Hudson, age 41. Hudson died in the fire that was first reported shortly after 10 a.m. at her home, 1894 Highway 305, Olive Branch. Hudson was the niece of DeSoto County Supervisor Jessie Medlin.

Hudson and another person were in the house when the fire broke out. The other person suffered some hand injuries in trying to pull Hudson out of the home but was unable to do so and was treated at the scene.

Firefighters from the Lewisburg, ACI, and Fairhaven volunteer fire departments, along with the Olive Branch Fire Department responded to the call.

“It was a valiant effort from all of the fire departments that assisted and helped with the house fire,” said DeSoto County Fire and Emergency Management Agency Director Chris Olson. “They did all that they could to save the lady. Everybody did a really good job and had a lot of resources to help and assist.”

“It was an old house, the walls were all made out of wood,” said Lewisburg Fire Chief David Linville.