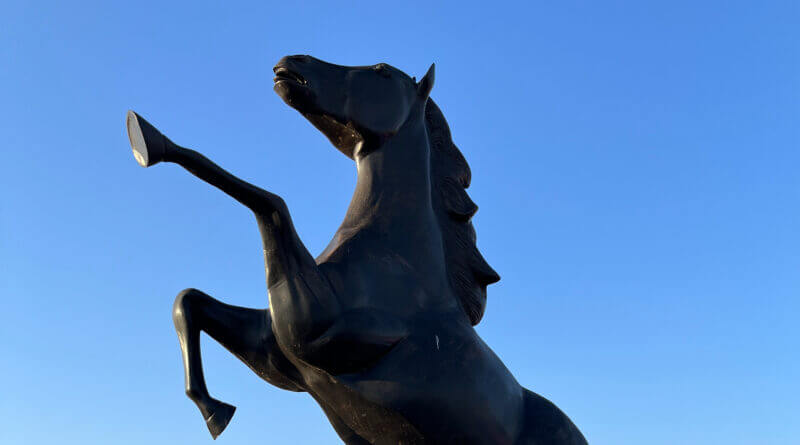 The Center Hill Mustangs made it a happy homecoming on the football field Friday night with a 40-28 victory over the visiting Horn Lake Eagles.

After an early touchdown on a long run by Horn Lake, Center Hill rattled off six straight touchdowns over two and a half quarters for a 33-point lead before Horn Lake scored three late touchdowns to make the final score a bit more respectable for them.

Horn Lake running back Coris Webb burst through the Center Hill defensive line for a 59-yard run to open the contest and give the Eagles an early 7-0 lead just 1:29 into the game.

But that’s when Center Hill started the scoring explosion with a pair of touchdowns before the first quarter was over.

J.D. Washington went over from 25 yards out with just under six minutes left in the quarter, and the Mustangs recovered a high snap on a Horn Lake fourth down to get a 13-7 lead after 12 minutes of play.

The Mustangs scored twice more in the first half, when quarterback Jayden Logan went over from 25 yards out and fullback Cedric Nelson added a six-yard score late in the first half for a 27-7 intermission lead.

Two more scores for Center Hill started to put the game away in the third quarter, beginning on the opening kickoff to start the second half. Washington took the kickoff at the 15 yard line and outran the Eagles’ kickoff team to the end zone for a touchdown and a 33-7 lead.

Lawrence Autry added a four-yard run with under three minutes left in the third quarter to make it 40-7.

Horn Lake scored three times in the fourth quarter to make the final score more interesting. Quarterback Benjamin Britt hit Javion Williams on an 11-yard pass play, followed by a two-yard run from Anquan Richmond for a touchdown with 1:15 left.

The Eagles then recovered the onside kick and Richmond scored once more, this time from four yards away for the final 40-28 score.

“I thought we played well and did what we should have done,” said Center Hill coach Alan Peacock. “I was a little worried when they took the second play to the house, but I thought they had trouble stopping us. Any time you win a football game in 6A, it’s a good night.”

Elsewhere in DeSoto County prep football on Friday night, it was: