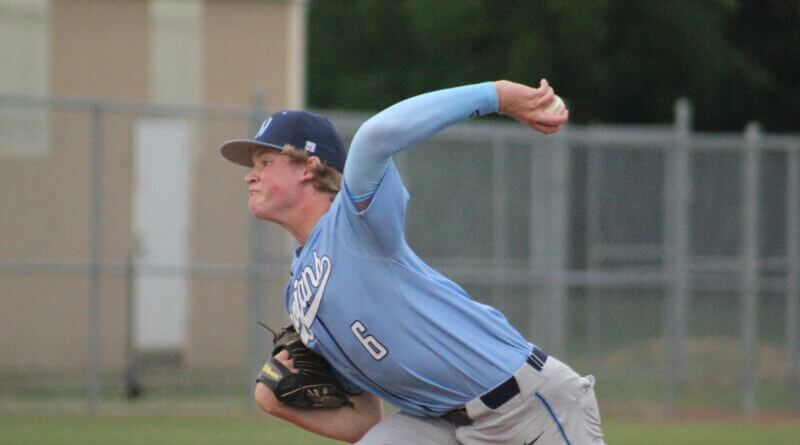 The Northpoint Christian Trojans’ baseball team is in the championship round of the Tennessee TSSAA Division II-A state baseball tournament, thanks to another strong performance Wednesday in a 7-3 victory over perennial power Christian Academy of Knoxville (CAK)

Coach Stephen Kirkpatrick’s club, 34-8 for the season, will need to beat Christ Presbyterian Academy (CPA) of Nashville for the state title. Game one of the championship round will be Thursday at 1 p.m. with a second and final game if Northpoint takes the opener.

“We came out and beat two incredibly talented teams and we get to play for a state championship tomorrow,” Kirkpatrick said.

Senior pitcher Garrett Waller was dominant on the mound. Before being taken out with one out in the seventh inning, Waller struck out 10 Warriors and walked just three. He allowed five hits and allowed two earned runs.

Kirkpatrick said Waller might have finished the game except for reaching a pitch limit that forced the senior to come out of the game.  JB Williams came in relief, struggled some, but finished up the win for Northpoint.

Hudson Brown came up and provided an offensive explosion with a three-run home run in the bottom of the sixth inning, a shot that was his second of the day and gave the Trojans a 7-1 lead going into CAK’s final at bat. Brown also slammed a three-run homer earlier in the day against Tipton-Rosemark.

“I love three-run home runs,” a smiling Kirkpatrick said.  “That was big just to give us that cushion going into the last inning. Things got interesting in the last inning so we needed every run. I’m glad he’s on our team.”

Brown finished the victory with four runs batted in

Owen Staples and James Smith also had a pair of hits for the game, as the first five batters in the order for the Trojans hit safely at least once.

CPA took out Northpoint in the first game of the tournament Tuesday by a 7-5 score. Kirkpatrick said his team will look forward to being in the championship round.

“We’re excited about the opportunity in front of us, but we have to take it one game at a time and one pitch at a time, pursue excellence and try to win the first pitch,” Kirkpatrick said.  “That’s what our focus is and we’ll go from there.”

CAK had won the last Division II-A state titles between 2017-2019 and also won in 2014. Northpoint won the championship in 2009, its last appearance in the final round. The Trojans previously were at the state tournament in 2004 and 2008, in addition to the 2009 title team, all as Southern Baptist Education Center, or SBEC.