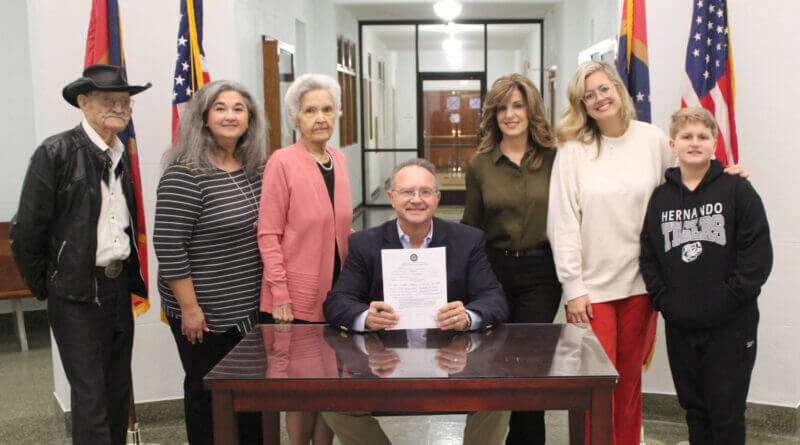 Lee announced his intentions to run for sheriff in August 2021. By Thursday’s action, Lee and retired Mississippi Highway Patrol Lt. Col. Thomas Tuggle are now officially paired in the August primary race; the winner to become the next head of the Sheriff’s Department if no Democratic challenger steps forward for a November general election.

Lee has been supervisor since he was appointed in 2014 following the death of his brother Harvey. Michael Lee was then elected to the District 5 Supervisor position in 2015 and was reelected in 2019.

In law enforcement, Lee has held several positions in the Sheriff’s Department.

Lee’s background was with the Hernando Police Department and the Sheriff’s Department, where moved up the ladder from patrolman to Assistant Chief Deputy. He also was the commander of the narcotics division, jail administrator, and was Chief Investigator.

The law enforcement experience, coupled with his time on the Board of Supervisors, sets Lee apart, he said.

From his time on the board, Lee knows the financial impact the Sheriff’s Department has on the county budget.

“Our county oversees about a $300 million budget,” Lee said. “About $33 million of that is the Sheriff’s Department budget.”