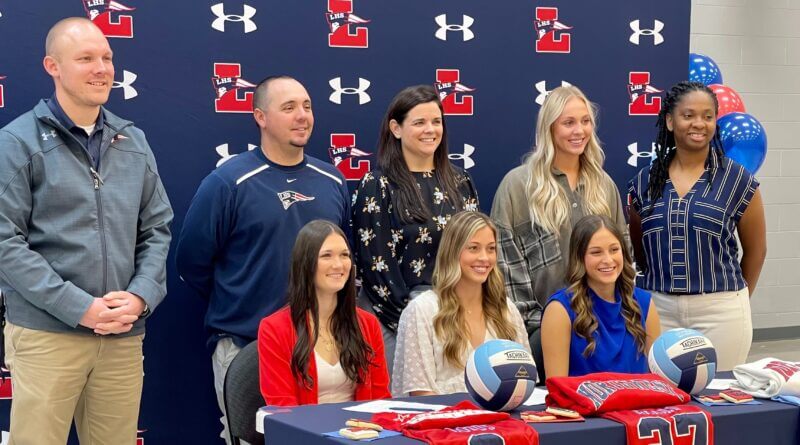 Lewisburg High School held a volleyball signing event Friday morning for three senior players who play to continue being teammates next season at the college level.

Defensive specialist/liberos Amelia Perkins and Macy Woods, along with outside hitter Kaley Rikard all signed to play next year at Northwest Mississippi Community College in Senatobia.

“I’m very proud of these three young ladies,” said Lady Patriot coach Amy Hendrichovsky. “Northwest was a great fit for all three, academically and athletically.  The work these ladies have put in through their career has paid off, but I can proudly speak on behalf of the effort and work I’ve witnessed them give the last year has been fun to watch.  I’m excited to see them represent the ‘Burg at the next level and wish them all the best.”

Rikard, this year’s Most Valuable Player among DeSoto County teams, led the Lady Patriots in kills with 307 and second in digs with 234.  Woods was second in aces with 48 and tied for third on the squad in digs with 198.  Perkins ranked fourth for Lewisburg in serve receive with 257, was fifth in digs with 153, and was fourth in service aces with 31.