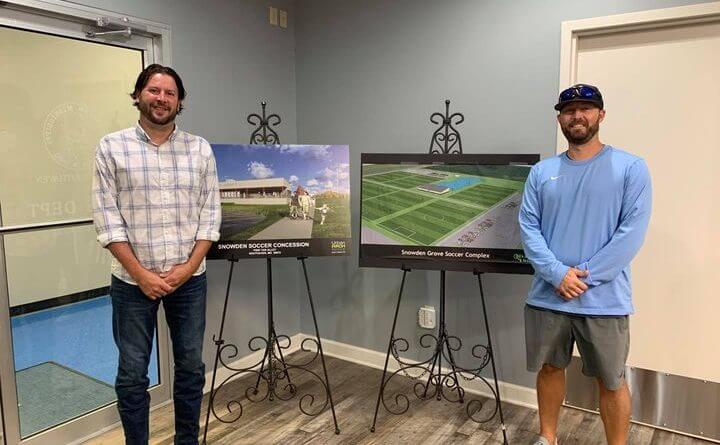 The city of Southaven has taken another step into growing “The World’s Game” in the city with the addition of native and former Northwest Mississippi Community College women’s soccer coach Levi Nunnally as its first Director of Soccer.

Nunnally was announced as the city’s initial head of the program that will feature the new Snowden Grove complex, a facility being constructed along Snowden Lane near the Strike Zone Lanes bowling center.

Nunnally said he looks forward to starting to promote soccer growth in Southaven.

“This is an opportunity to work with the soccer youth here,” Nunnally said. “It’s very attractive to me and it’s something I’m really excited about. The city’s done a great job with the complex out there. It looks great.”

He’ll have the advantage of working at and promoting a facility that will become the state of the art for soccer in DeSoto County.

“Having seven full sized fields to be able to put on tournaments is huge,” said Nunnally. “The location is also a prime spot. It’s a great location for the complex.”

The new soccer director is a product of elite club programs with the Memphis Futbol Club and in club soccer, his teams won four state championships and made three region tournament appearances.

After high school, Nunnally was an all-region selection while playing at Itawamba Community College. Transferring to Tennessee Wesleyan College after his sophomore season at Itawamba, Nunnally was on a conference and regional championship team that qualified for the NAIA National Tournament.

His coaching career started as a student assistant at Tennessee Wesleyan. He was a women’s assistant coach at Young Harris College, Georgia, before taking on the head women’s coaching position at Northwest Mississippi Community College in Senatobia, beginning in 2013.

During his time at Northwest, the Lady Rangers, Nunnally was named MACJC Coach of the Year in 2017.  Nine Lady Rangers have earned All-MACJC honors under Levi’s leadership, with three others being named NJCAA All-Region 23 selections. In addition, 18 players have gone on to sign with four-year programs over the last five seasons.

He resigned from the coaching position on Wednesday, Oct. 14 ahead of taking on the Southaven city post.

As Director of Soccer with the city, Nunnally will be responsible for soccer tournaments, rec soccer, clinics, camps, individual lessons, coach’s development, and official’s development.