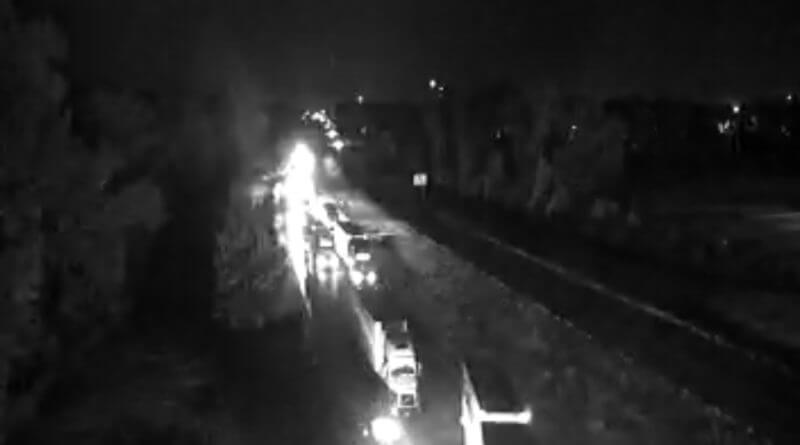 There are few details being released because first responders and law enforcement are at the scene and continue to investigate, however a crash on I-55 Monday night has left one person dead.

Police have confirmed one fatality in an accident that has blocked both northbound lanes of I-55 between Church and Nesbit Roads. The accident happened around 9 p.m. Monday and resulted in both lanes being blocked to traffic.

UPDATE: Police have updated the information with more details on the accident.

Two vehicles were involved in the collision, a Ford F-250 and a Hyundai Elantra.

Police said the Hyundai appeared to have been struck from behind by the F-250 and suffered severe damage.

As a result, both northbound lanes between Star Landing and Church roads were blocked as the accident investigation and clearing the area was done.

The Hyundai driver was dead at the scene and the F-250 driver was seriously injured and taken to Regional One Health in Memphis by ambulance.

Two children in the Hyundai were also hurt and taken to Le Bonheur Children’s Hospital for treatment. Police did not report on the severity of their injuries, however.

The F-250 driver, James Phillip Emerson II, age 30 of Hernando, has been arrested and charged with DUI/Causing Death or Disfigurement as a result of the accident, which took place shortly after 8:30 p.m. Monday evening.

He was booked into the DeSoto County Adult Detention Center in Hernando on a $200,000 bond.