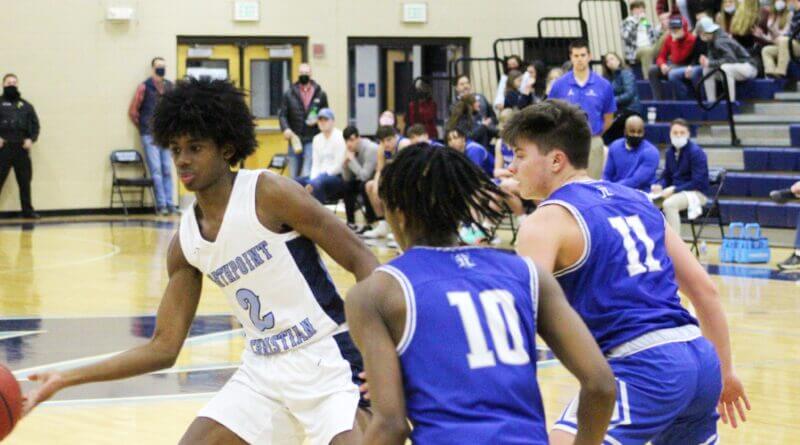 Christian Gilliland is a “can’t miss” basketball player for the Northpoint Christian boys’ basketball Trojans. Well, at least Saturday it seemed like Gilliland couldn’t miss, and you wouldn’t get too many arguments from the Jackson (Tenn.) Christian Eagles.

The shooting guard shot lights out in the first half against the Eagles, getting eight points in the first quarter and took 15 points into the locker room at halftime.

Gilliland continued his strong night into the second half and when he finished, was 7-for-7 from the free throw line in addition to 10 field goals for 27 points.

Northpoint coach Barry Gray pointed to Gilliland’s efficiency on the court and his defense to go with his marksmanship on the floor.

“He rated 23 on our efficiency scale which is hard to do, because when you get over 15, that’s hard to do,” Gray said. “I was more impressed with his half-court defense. I was proud that as the night continued he started doing the other things than scoring.”

Mitchell Wright supported Gilliland with 15 points, which included a seven-point third quarter. Eric Steward also had a productive night for Northpoint with 11 points, nine of which came after intermission.

The Eagles led early at 5-1 against the Trojans and led 10-5 in the first quarter before Northpoint cut into the margin and took their first lead at 11-10. The Trojans held a 15-11 advantage at the end of the quarter.

Northpoint had a nine-point lead in the second quarter before the Eagles rallied to get within 23-20 late in the half. The Trojans took a 26-20 advantage into halftime.

In the third quarter, Northpoint started to pull away and led by as much as 17 points at 44-27. It was 46-32 Trojans when the quarter ended.  Northpoint led by 20 points in the fourth period before the game ended.

As much as Gray liked the offense, he was more focused on the Trojans’ defensive play in the win.

“I thought our defense was super-good, especially in the last three quarters,” Gray said. “I thought it was a good team win, I thought the defense was as good as it’s been the whole year.”

The next round will be more challenging for third-seeded Northpoint, but Gray is looking forward to taking on second-seed Evangelical Christian School (Cordova, Tenn.), a team that made the TSSAA Division II-A Final Four last season.

“They’ve got a Marquette signee in Kameron Jones, so we’ll have our hands full,” said Gray, “But I’m excited about getting to go over there. I think we’ll compete really well.”