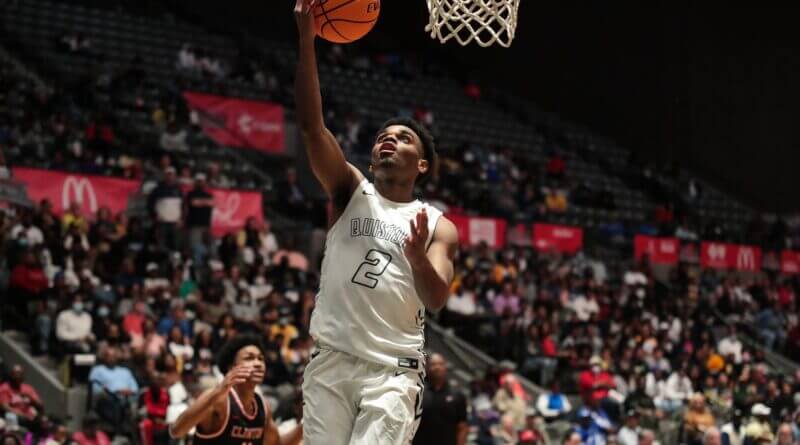 The game of high school basketball is 32 minutes long. For all but the last 3.1 seconds, the Olive Branch Conquistadors dominated the Clinton Arrows in Saturday night’s MHSAA 6A state championship game, leading at one time by as much as 17 points in the second half.

But a key foul call in the final seconds gave Clinton two free throws, which Jaylon Davis sank for a 76-75 lead. Terry Joyner’s desperation heave in the final second was off target and the Arrows prevailed by that 76-75 score and a state championship, all because of 3.1 seconds.

The key call in the scramble underneath the Clinton basket was among the several whistles Olive Branch coach Eric Rombaugh had to question from the final quarter against his team.

“These boys didn’t deserve that,” Rombaugh said. “You get to the fourth quarter and the rules change. But this is on me. I’ve got some of the greatest kids in this state and some of the best people.”

The Quistors went out to a 10-point lead in the first quarter and led 40-27 at halftime. Landon Jeffries led all scorers in the first half with 16 points and was the only player in double figures through two quarters.

But the Arrows then started the comeback in the final eight minutes, getting within 71-60 with four minutes to go. Another two free throws cut it to 71-62 and Olive Branch fans had to start worrying about a repeat of Clinton’s Wednesday night comeback, when they rallied with an 18-3 run to win 64-59 over Brandon.

The lead shrank to five at 71-66 with 2:24 remaining and Olive Branch was struggling on offense, especially since Clinton’s 6-8 forward Kimani Hamilton started shadowing Jeffries, who would get a layup to make 73-69.

However, when Jeffries was tagged with his fifth foul and had to leave the game with 1:15 remaining, the Arrows took advantage with Hamilton getting his team within 75-74 with 30 seconds left.

That was followed by the scramble that ended with another foul call against the Quistors, setting up Jaylon Davis at the free throw line for the game-winning foul shots.

Jeffries and Davis both fouled out of the contest.

For the championship, Clinton had to go through three DeSoto County schools, beating Center Hill and Southaven in the playoffs to get to the semi-finals.  It was the Arrows’ third state championship and second straight state title to go with Gold Balls in 1993 and 2021.

It was the third state finals appearance for Olive Branch, following the 2018 5A state title and the bitter 2019 75-73 5A finals loss to Center Hill.

Hamilton, named the game’s MVP, led all scorers with 24 points and was one of four Arrows in double figures. Allen Hughes scored 18 and was followed by Ashten Michael and Jaylon Davis with 12 each.

Jeffries was held to four points in the entire second half and finished with 20. He was followed by Darren Davis with 19 and Jaylyn Tyler with 17.

The Quistors finished the season 28-5 and Clinton ended the year 23-5. Olive Branch defeated Clinton 74-68 in the Quistors’ second game of the year.

But in the game that counted the most and in the final 3.1 seconds, Clinton had enough to pull away and win the state championship 76-75.