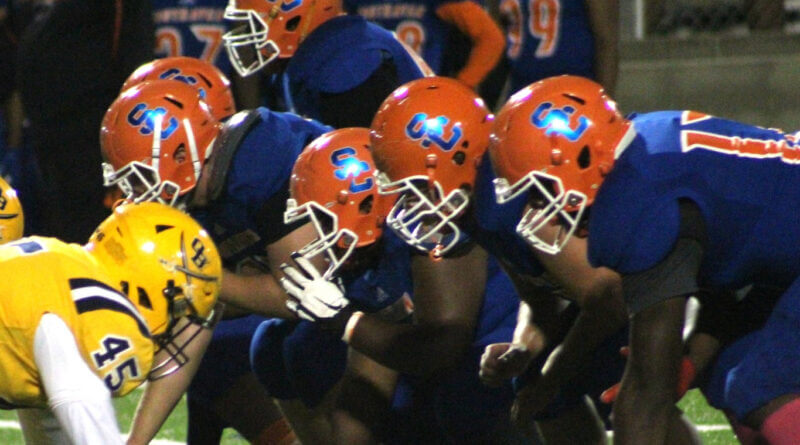 Despite a record of 4-5 last season, the Southaven Chargers only lost by two touchdowns on one occasion all season last year.

They only lost to the Oxford Chargers by a field goal, and to the Horn Lake Eagles by a touchdown. Furthermore, they delivered a defeat to both Olive Branch and Lewisburg on the road.

This team cannot be counted out, and they will undoubtedly fight in every matchup. And after a 2020 season tainted with Covid-19 protocols, one forfeit, and fears of shutdown, the Southaven Chargers are looking forward to a more normal year after being able to prepare and train more like normal this summer.

Coach John Stevenson, in his fourth year as head coach, did point out, however, that the 2020 season allowed his coaching staff to “battle test” different players and forced him to play as many different players as needed. This may prove valuable for several returning players on the offensive line as well as the returning running backs.

The leading receivers, however, are having to be replaced this season, and David Rowsey is looking to be the leader this year when the ball is in the air. Dante Ellington is certain to also be a leader on the gridiron for the Chargers because according to Coach Stevenson, “he knows what’s going on.”

While this is Ellington’s senior year, this is his third season as a regular on the field, and when a player can squat 700 pounds in the weight room, they are sure to be a force to be reckoned with on the field. Other defensive forces include six-foot-three, 300-pound senior Aaron Bryant, Dillion Williams, and Aquarius Winston, Jr.

Another key player for the Chargers is junior John Slaughter playing safety this season among other positions. Several players can be used on both offense and defense, and with only 60 players on the roster, their abilities to fight on both sides of the ball may prove valuable in key matchups this season.

Bottom line, according to Coach Stevenson, he simply expects his players to “get after it” no matter what position they are lined up in. What he asked of his team is advice they will probably carry with them throughout life, and that is to “come to work and be the best version of you every day.” He goes on to tell them that it is their actions that will prove if they are bringing their best self to the locker room each day.

While the Chargers will not get a regular season rematch with Oxford this season, they do add South Panola to their division play and they will take on the Lake Cormorant Gators in non-conference play at home early in the season.  Division play kicks off at Center Hill on Sept. 24, and they have four home division games beginning with Hernando on Oct. 1. But instead of looking ahead at the schedule, Coach Stevenson said his focus is “very much the next game.” And the next game for the Southaven Chargers will kick off their season on the road in Jonesboro, Arkansas where they will take on the Valley View Blazers on Aug. 27. See the Chargers in action in their first home game against Lake Cormorant on Sept. 17.

You can check out the Southaven football schedule on the MaxPreps website.