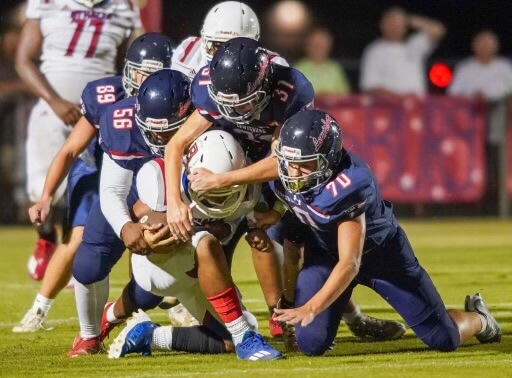 The unbeaten (8-0) Chargers are first among DeSoto County’s football teams, followed in second by Northpoint Christian (6-3), which ends its regular season ahead of next week’s playoffs on Friday in a TSSAA Division II-AA West Region tussle with Lausanne Collegiate of Memphis.

In third, despite a 35-0 thrashing suffered last week at the hands of South Panola, is DeSoto Central, which tonight faces Southaven for the Odis McCord Trophy. Moving up to take the number four spot is Hernando (4-5), which used last week’s 37-7 victory over Horn Lake to enter again the First Four circle.

Bob Bakken of DeSoto County News and Frank Fairley will have the call of tonight’s Game Night on 95.3 the Rebel Radio between Lewisburg at Olive Branch. Airtime is 6:30 p.m. with kickoff at 7 p.m. from Pool Field in Olive Branch.