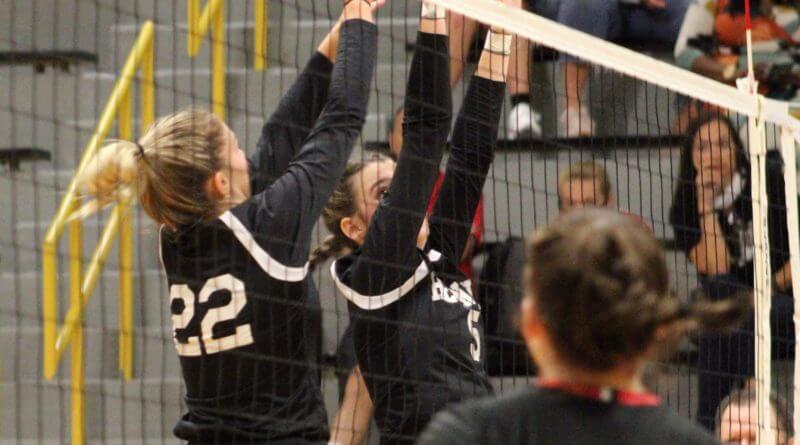 Defending MHSAA 5A state volleyball champion Center Hill needed to rally from two sets down to defeat DeSoto County rival Hernando 3-2 on Thursday night in Hernando. Scores of the match for the Lady Mustangs were 24-26, 13-25, 25-13, 25-17, and 15-8.

Coach Robbie Veazey’s Center Hill club led 5-2 in the first set, but Hernando tied the set at 6-6 and then took over, although the Lady Mustangs were never more than two points away. Center Hill tied the set at 24-24 before Hernando scored twice to claim the set, 26-24.

Coach Jayme Vinson’s Lady Tigers controlled the second set from the start, leading by as much as 23-7 before Center Hill went on a late run. However, it was not enough, as Hernando eventually found the final two points to win the set 25-13.

The fourth set was much closer but Center Hill had a 10-7 lead before Hernando scored five of the next eight points to get within 13-12 Lady Mustangs, which then scored five straight points to hold an 18-12 lead on their way to a 25-17 set victory.

In the deciding set to 15 points, the defending 5A champs galloped out to a 7-2 lead before winning the set and the match 15-8.

Center Hill has six seniors who are back from last year’s state title team. Veazey said they are more than ready to defend the championship.

“It feels good to get on the court and we’re just praying that we will get that opportunity to defend that title,” Veazey said.

The Lausanne College match with Northpoint Christian in Southaven was postponed with Northpoint calling off extracurricular activities. The school reported that it is dealing with about 50 students in the Upper School this week that have been exposed to COVID-19.