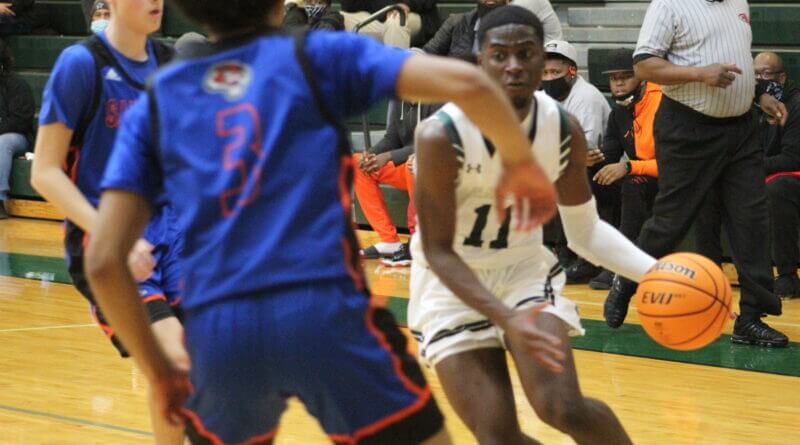 MHSAA 6A division semifinals at Oxford

It will be another round of Lake Cormorant vs. Center Hill for the 5A division tournament championship Friday evening on the Gators’ home floor.

To get there, Tuesday’s 61-39 Lake Cormorant semifinal win over Saltillo was basically the Gators outrunning, outshooting, and outrebounding the Tigers. Damien McKnight, in particular, was a one-man wrecking crew in the first half, scoring 20 of his 23 game-high points before halftime.

“He’s got it in him, we’ve been waiting on that,” said Gators’ head coach Bryant Worsham. “Athletically, he’s always one of the best players on the floor every night.”

When McKnight was shut down, Donovan Sanders took over, scoring all 12 of his points in the second half.  Keithean Brooks also scored 12 points for the Gators, seven of which were in the first half.

Lake Cormorant had a 19-10 lead after one quarter, which increased to 37-24 at the break. The Gators scored 12 points in each of the final two quarters, but at the same time held Saltillo to just eight points in the third and only seven in the fourth quarter. The final score became the biggest lead for Lake Cormorant in the contest.

Worsham liked what he saw from his team against Saltillo.

“It might be the most complete game we’ve played this year,” Worsham said. “Defense was everything you could ask for. I think we gave up only two offensive boards all night.”

The Lady Gators hung with Saltillo through the first half, actually leading 12-10 after one quarter of play. But, Lake Cormorant trailed 22-14 at halftime and was held to just two points in the quarter, which was a basket by Malaesha Liddell.

Saltillo took a 36-20 lead heading into the final eight minutes of the game.

Liddell dominated the offense for Lake Cormorant, scoring 11 of her team-high 16 points in the first half and nine of that total in the first quarter of play.

Caroline Hamm led three Lady Tigers in double figures with 14 points, including a pair of three-pointers and seven of her point total came in the third quarter, as Saltillo started to pull away.