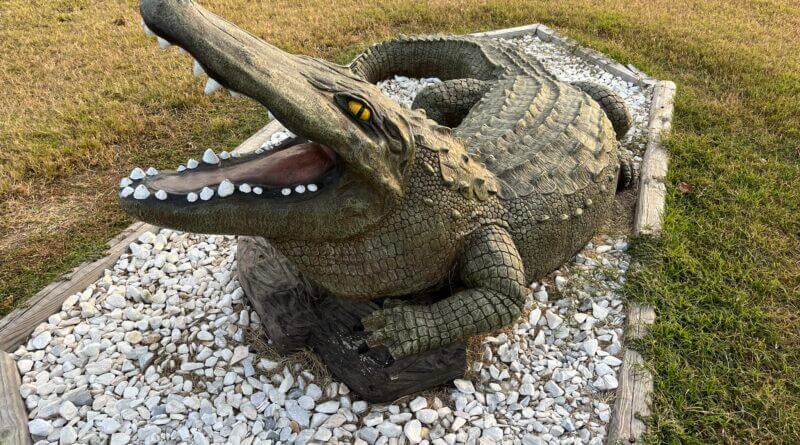 The Lake Cormorant football Gators, knowing the challenge they face the following Friday with perennial 5A state championship contender and region rival West Point, knew their game against Saltillo this week could be considered a “must win” toward having a shot at the playoffs. But, the Gators (3-4/2-1) came through with a solid 42-18 victory over the Tigers on Friday, Oct. 7 at Lake Cormorant, as they used four touchdown runs from running back Curdarrius Bullock to get the victory over the visiting Tigers (2-5/1-2).

It was Gator defensive back Will Copeland Jr. who actually started the scoring just after the opening kickoff with a 30-yard interception return on the game’s first play from scrimmage, stepping in front of a receiver and going in for the touchdown. Omar Varela’s kick conversion gave Lake Cormorant a quick 7-0 lead with just 43 seconds gone in the game and before the Gators had even taken a snap from scrimmage of offense.

Bullock then scored the first of his four runs to paydirt with just over eight minutes left in the first quarter on a two-yard run for a 14-0 lead after 12 minutes of action.

Saltillo found its way to the scoreboard with a 29-yard field goal by placekicker Peyton Weems early in the second quarter, but Bullock then rattled a pair of short yard touchdown runs to grow the margin to 28-3 with 3:41 left in the half. The first score came from three yards out and the other was from four yards away.

The Tigers did answer once more before halftime with a nine-yard scoring play, as quarterback C.J. Beasley found J.T. Beasley for the touchdown with 1:59 left in the half. C.J. Beasley then found Cody Owens in the end zone for the two-point conversion and Saltillo drew within 28-11 at intermission.

Bullock scored his last touchdown for the game late in the third quarter on a 22-yard run to give the Gators a 35-11 lead after three quarters.

Saltillo in the fourth quarter scored again with 5:29 remaining in the game on a 60-yard interception return for a score from Kyeron Bean, but it was Lake Cormorant completing the scoring on a five-yard run from running back Joshuan Williams with 1:54 remaining.

The win was a good bounce back for the Gators from a tough 18-15 decision at Cleveland Central last week. The schedule now becomes more challenging in the final weeks of the year, starting next week at West Point.

Lake Cormorant will also host New Hope, travel to Columbus, and end the regular season with a home game against Oxford Lafayette.

Saltillo must travel for two more weeks, to Greenville and to Columbus, before returning home to play West Point. The Tigers will have to travel to New Hope to wrap up the season.