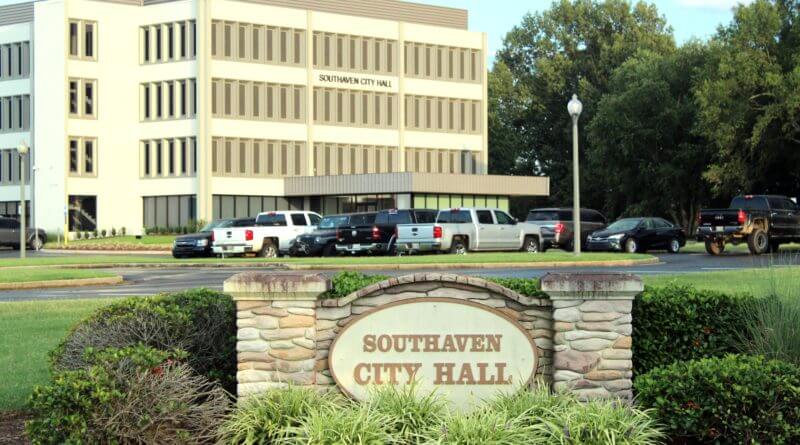 Southaven aldermen Tuesday night approved a design review plan for two Whataburger restaurants in Mississippi’s third-largest city, one earlier announced with fanfare, and the second that has yet to be otherwise acknowledged by city or restaurant officials.

The approval was part of the Planning Agenda on the Board’s agenda for the regular board meeting at City Hall, a session that lasted a little over a half-hour.

The approvals were for the one that has already been announced on Goodman Road, where the vacant TGIFriday’s restaurant building now stands.

The other site is for a location along Getwell Road just south of the Chick-fil-A restaurant near Goodman Road East. Aldermen approved the designs for the restaurants on a 6-0 vote with Alderman Joel Gallagher not attending Tuesday’s meeting.

In the discussion of the item on Tuesday’s agenda, Mayor Darren Mussewhite reflected that as the popular burger franchise is expanding, it was a credit to Southaven that it would look at the city to open two new franchise locations in the Mid-South before anywhere else in the metro area.

“It speaks well of our city that we’re the first one to crack open the Memphis market and now they’re putting in two locations,” Musselwhite noted.

Alderman George Payne did ask a question about if traffic was addressed leading up to Tuesday’s vote. Planning Director Whitney Choat-Cook said there was discussion about that for both sites.

“Obviously, there was concern about getting in and out on Malco Boulevard,” Choat-Cook said. “I had to explain to the Planning Commission that it is a MDOT road and we are not in control of traffic signals. They have a spacing requirement between traffic signals, but we are looking at an additional light on Moore Drive at Airways.”

As far as the Getwell site was concerned, Choat-Cook said the traffic pattern would be similar to what Chick-fil-A did at its new restaurant on Getwell.

“We have two lanes just like Chick-fil-A with an escape lane on the outside, so there’s a way to get around it,” Choat-Cook said. “There’s also an ingress-egress so the stacking won’t go onto Getwell Road.”

Musselwhite pointed out it’s the traffic that actually attracts businesses to an area, so while it may become burdensome to drivers at times, the restaurants want to be there.

“To get developments like this, they come because of traffic,” Musselwhite said. “They want to be in the middle of traffic and it’s proven by the business model. Both locations are going to do well in Southaven.”

The city will be applying for funding under the American Rescue Plan, passed by Congress and signed by President Joe Biden.

“There’s a lot of moving parts to this,” Musselwhite said. “We have a pretty good idea of what qualifies and we’ll lay out the priority list to the Board because you’re the ones who will decide where the money goes.”

The mayor said a recommendation will be put together for board consideration. Musselwhite cautioned the actual amount will not be what had been originally expected, although he did not say a specific amount.

“The amount is about half of what we were told it was initially going to be,” he said. “We’ll make a list of priorities and present it to the board.”

In other action, a Memorandum of Understanding was approved with the Mississippi State Department of Health (MSDH) that would allow the department to use the Storm Shelter building next to the Southaven Arena as a COVID-19 vaccination site.

MSDH has been offering vaccinations at the Landers Center parking lot but sought an indoor site with the upcoming hot summer weather.

The agreement is for one year and may be terminated by either party at any time, although it’s expected the department may only need it for a few months.

A revised use policy for city-owned facilities, such as the Southaven Arena or Snowden Grove or Greenbook fields, was approved.

For instance, Snowden Grove and Greenbrook fields could be rented at $100 per 90 minute time slot if the fields are not being used for other purposes.

Rental fees for the Snowden House, Arena, and the new soccer fields were also approved.  Money from the rent for the fields, which have been turfed, would go into escrow with the expectation that the funds would help for turf replacement when it becomes necessary for that to happen.

The details of the agreement and rental schedule is found in the meeting packet found on the official City of Southaven website.

Another of the “Southaven – Top of Mississippi” signs welcoming visitors to the city is on track to be built at the northern entrance of Getwell Road near Stateline Road. However, to do it, a small parcel of land now owned by a private owner will need to be bought to make it happen.

Musselwhite asked for approval to negotiate with the owner to buy the small piece of land where the brick sign would be constructed, one similar to others, such as I-55 entering the city from the south.

“We have money in the budget for that, but I need the authority to purchase the easement at up to $20,000, so we can negotiate that with a private property owner,” said Mussewhite. “We need to purchase the land at Getwell and Stateline to build that sign.”