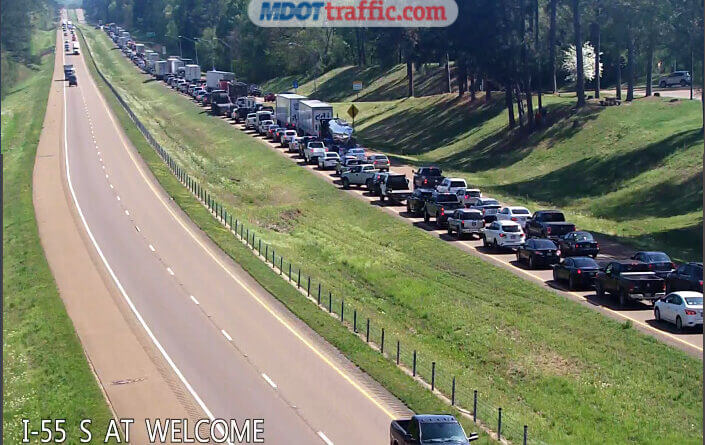 Mississippi Highway Patrol (MHP) officials have released information regarding a multi-vehicle accident on I-55 Wednesday afternoon that jammed traffic for several hours and resulted in four people being injured.

Four vehicles were involved in the crash which remains under investigation, according to MHP. The cars involved were driven by Mary S. Freeman, age 33 of Senatobia; Christopher L. Loney, age 20 and also of Senatobia; Taylor R. Holland, age 32 of Hernando; and Renisha E. Ratliff, age 42 of Grenada.  All four vehicles were traveling south of I-55 when the crash occurred.

According to the MHP news release, the Freeman vehicle collided with the Loney vehicle, causing that car to strike the Holland vehicle, which led to the Holland car hitting the Ratliff vehicle.

As a result, Freeman, Holland, and Ratliff were all taken to hospital with what were described as “moderate” injuries. Loney was treated and released at the scene.

The crash caused southbound lanes in the Hernando vicinity north of the crash scene to be backed up for hours until the scene could be cleared.