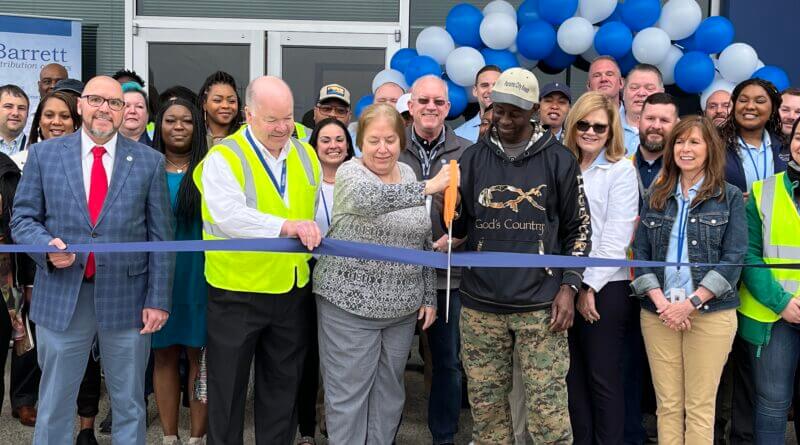 If you buy footwear or other fashion items not purchased through Amazon online, your item may have passed through a Barrett distribution center on its way to your door. Arthur Barrett, one of the company owners, said fulfilling e-commerce orders is their core business.

“We handle direct to consumer orders for customers that would prefer to ship direct instead of shipping through Amazon,” Barrett said. “We really represent an alternative to Amazon for brands of products that direct consumers back to their website.”

There are 20 Barrett centers in the company footprint, but it leans heaviest in the Mid-South, with six locations in the Memphis area.

“Memphis is widely known as one of the key shipping points if you’re going to have a single point of origin and service e-commerce fulfillment across the country,” said Barrett. “It’s a center of gravity of the U.S. population, if you will. It minimizes the total costs of fulfillment.”

There are approximately 50 employees at the Olive Branch location, and during Wednesday’s event, Barrett waved to the north across the road where he said another center is about to open in September.

Corporate-wide, there are about 1,500 employees at Barrett distribution centers.

Barrett announced the opening of the 8145 Nail Road center last August, according to a release on its website.

“Coming out of the pandemic, online sales continue to grow, and retail B2B channels show rapid signs of returning to normal,” Scott Hothem, Barrett’s SVP of Customer Solutions, was quoted. “Barrett has been incredibly successful in the Memphis region, and the new Olive Branch location will continue to allow our customers to reach the majority of the US population base in one to three days via ground transportation.”