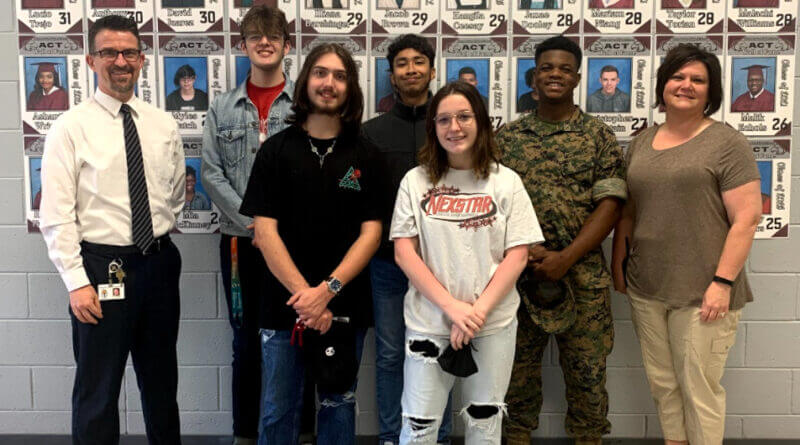 DeSoto County Schools (DCS) makes a concerted effort each year to get high school students ready for the important college entrance exams. ACT Prep courses are offered and students can take prep tests to have a better idea what will be on the actual American College Testing (ACT) examination.

Another option for youngsters at Horn Lake High School this year has been a program called Jumpstart Test Prep and it has shown significant improvement in the English portion of the ACT for juniors at the school. A news release to that effect was issued late last week by Jumpstart Test Prep.

Based in Brookhaven, Jumpstart Test Prep is an online review program based on more than a half-century of work by legendary Mississippi educator Dot McClendon.

Horn Lake assistant principal Mazie Lamb was quoted in the news release expressing her pride in the students’ results.

“Jumpstart Test Prep provided a thorough and solid review of English grammar skills that students may not have used daily since middle school,” Lamb said. “It was a refresher course for students and a reminder of their basic grammar rules. Any teacher could facilitate the implementation of the Jumpstart program.”

Among the students who used the program to prepare for the ACT was Graycie Pegram, who saw an improvement of 10 points in her English subscore from 20 to 30.

“It reviewed a lot of material that I haven’t seen in a long time and it made it easier to remember things I learned during middle school,” Pegram said. “Jumpstart used realistic example sentence problems to help me prepare for the ACT and that made a big difference.”

Another student who saw marked improvement in his score was Jacob Brown, who improved from 30 to 34 in his English part of the examination.

All juniors at Horn Lake had access to the following resources:

More information about Jumpstart Test Prep can be found at www.jumpstarttestprep.com.