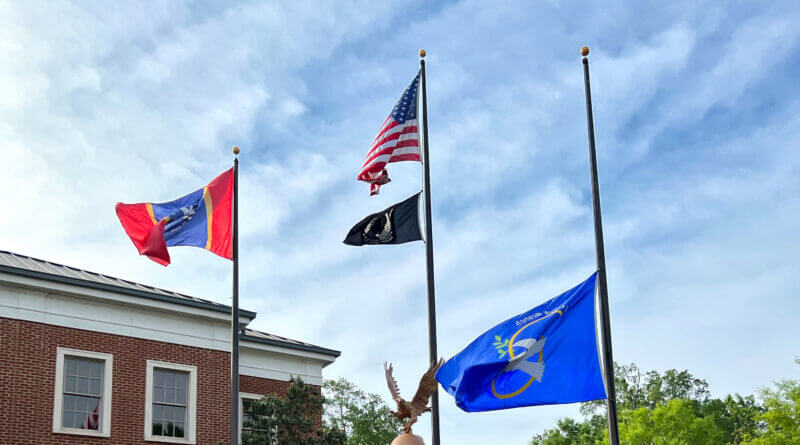 You may notice the Olive Branch flag at City Hall has been lowered to half-staff today. The City announced Thursday the action is in respect to Dan Williams, a 2019 Olive Branch Hall of Fame inductee, who passed away Sunday, May 15 at the age of 75.

According to the obituary posted by Coleman Funeral Home of Olive Branch, Lawrence Daniel Williams was born on Dec. 11, 1946 in Memphis and graduated from Olive Branch High School in 1964.  After graduation from Memphis State University, Williams owned Ajax Construction Company of Olive Branch.

A man of service, Williams was a volunteer EMT and firefighter for the Olive Branch Fire Department, choir director at Mineral Wells United Methodist Church for 35 years and was a member of the board for Habitat for Humanity in DeSoto County.

A memorial service will be held Saturday, May 21 at 11:00 a.m. at Mineral Wells United Methodist Church, located at 5400 Center Hill Road in Olive Branch.

Memorials are requested in his honor to the Habitat for Humanity Desoto County www.desotohabitat.org.