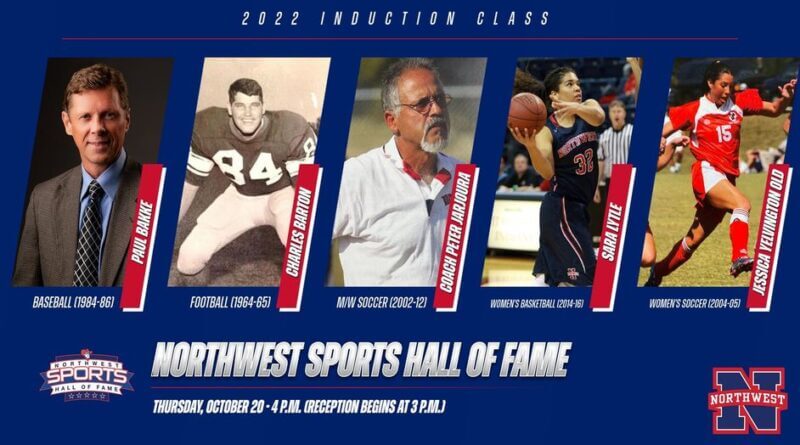 Barton will be added to the Sports Hall of Fame on Thursday, Oct. 20, as part of the Northwest homecoming festivities.

At the same time, Northwest will recognize its Alumnus of the Year Fred Carlisle (1974-76) during the ceremony, as well as the Golden Circle Recognition for the Class of 1972. The event will take place at the David M. Haraway Center on the Senatobia campus at 4 P.M., preceded by a reception at 3 P.M.

Barton, an Oakland, Mississippi native, played end in football and ran track for Northwest during the 1964-65 seasons.

He was chosen team captain ahead of the 1965 campaign and played both tight end and defensive end throughout the season for Coach Bob Peterson’s squad. That squad rallied from an 0-2-1 start to finish the regular season 7-2-1 and bring home a Mississippi Junior College title, the second won by Northwest.

The Rangers were selected to play in the Shrine Hospital Bowl, dropping a narrow 21-20 loss to Kilgore (Texas) in the final minutes. Barton was named All-State for his efforts as a defensive end that season.

Following his time at Northwest, Barton went on to play defensive end at Delta State during the 1966-67 seasons. He returned to Northwest from 1974-80 as the offensive line coach under A.J. Kilpatrick and Ray Poole, Sr., for teams that made the playoffs three times and won the north division in 1976.

Barton also guided the track team to four division championships, a MACJC runner-up finish in 1979, and the school’s second MACJC championship in 1978. His 1978 team competed in the NJCAA championship meet. Barton also served the college as Dean of Students during this time.

After his playing days were over, Barton embarked on a long career of educational leadership, first as a track coach at Eudora, Ark., where he won two state championships, then later as principal of Independence High School, Mantachie High School and South Panola High School.

After a second career in real estate, Barton returned to education as Headmaster at Tunica Academy, where he served until his retirement in 2020. After retirement, Barton was elected to serve as board member for District 5 of the DeSoto County School District, a position he still holds at the time of his induction. A self-proclaimed poor student in his early years, Barton championed the role that athletics and extracurricular activities can play as a motivating factor in the academic success of students throughout his career.