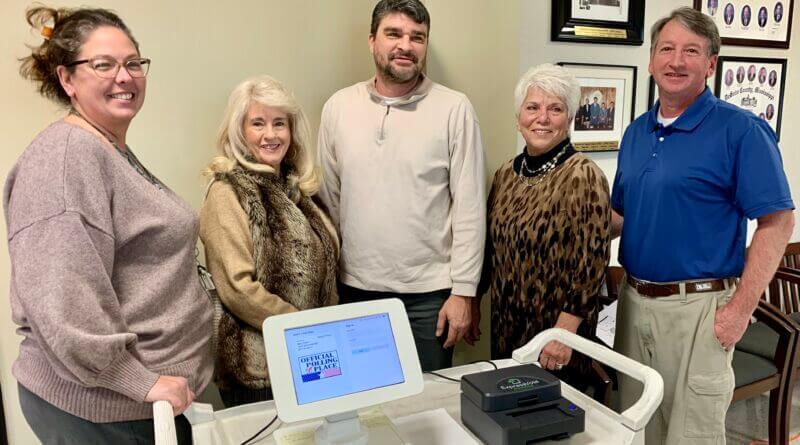 Voters in a Hernando voting precinct will be heading to new polling places in upcoming elections.

Members of the DeSoto County Board of Supervisors approved an Election Commission proposal to create precincts where voters will cast ballots at either Hernando Hills Elementary School or Colonial Hills Church in Hernando.

Voters had previously cast ballots at Longview Point Baptist Church in Hernando, but the church had asked that it not continue being a polling site. The size of the precinct was large and difficult to manage, especially with large turnouts.

“It grew to the point where it outgrew the church building,” said District 4 Election Commissioner Sissie Ferguson.

The move to two locations will make the size more manageable for speed of voting and to assist the poll workers in the processing of voters ahead of casting a ballot.

The affected registered voters will have new voter registration cards mailed to them that will identify the place they will need to go to vote, starting with the primary elections in June.

The electronic equipment will provide a quick and efficient means of voter check-in.

“This is an upgrade to make the lines move faster, so the poll worker doesn’t have to try and figure out your name on a driver’s license and then type it in,” Ferguson said. “People don’t want to stand in line to vote.”

The commission will purchase a number of electronic poll books as they can now with plans to fund for more when budget time comes around this fall.  It now has about $60,000 in its Election Support Fund that can be used to buy the poll books.

“They told us to use the money that we have in our Election Support Fund now to purchase as many as we can,” Ferguson said. “When we do our new budget for FY 2023, we will put them in our budget and they’ll approve the budget, so we can purchase the additional ones before the state and county elections next year.”