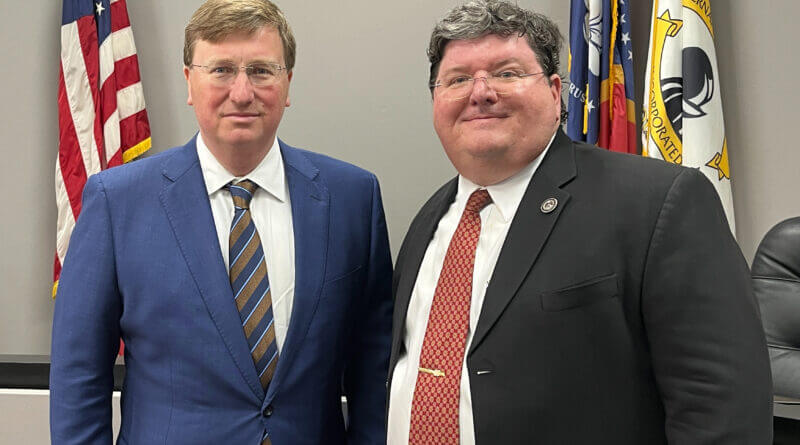 Reeves made the appointment announcement during a gathering at Hernando City Hall Friday afternoon. The governor also used the occasion to announce two other appointments. Lynn Posey has been named executive director of the Mississippi Department of Wildlife, Fisheries and Parks; and state Rep. Jim Beckett was tabbed the new executive director of the Mississippi Public Utilities Staff.

Morris fills the remainder of the term John Champion had before he passed away earlier this month after a two-year long illness.  He has served as an assistant district attorney for the last eight years.

“There are few higher callings than ensuring public safety, fighting crime and upholding the fairness of our legal system,” Reeves said.

Morris thanked Gov. Reeves and his staff for assisting the District Attorney’s office received while Champion was ill.

“The governor and his staff stood behind the office for the last two years,” Morris said. “Any time that we needed anything we could call them, and they said, ‘don’t worry, we’ll help you. And they did and that allowed us to do our job while John fought his fight, which he did.”

The new District Attorney added he hopes to continue the integrity Champion brought to the office.

“I don’t think I can fill John Champion’s shoes,” Morris said. “He was a dedicated public servant his entire life. I do hope to walk in his footsteps and continue to serve this county and district with distinction and the passion that he did.”

Posey most recently served as Interim Executive Director of the Department, and is a former state Senator and Mississippi Public Service Commissioner.

Beckett is an attorney and currently a member of the Mississippi House of Representatives for District 23.