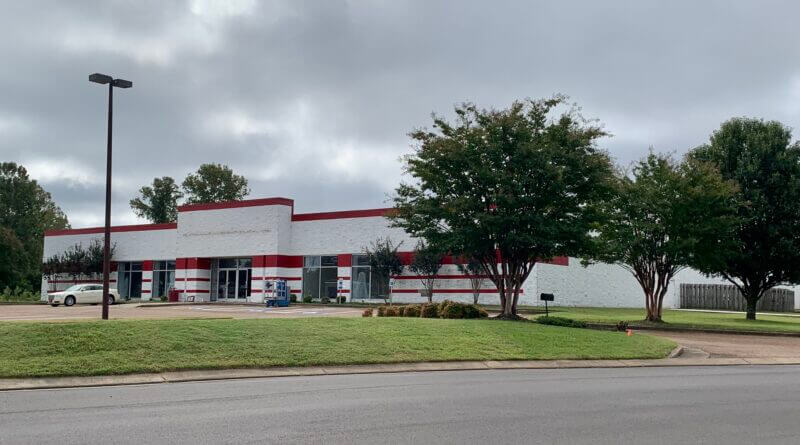 A food pantry which has been in the mission of providing food assistance to those in need and to help supply as many as 40 other Mississippi food pantries is about to move to a new home. HeartLand Hands, which has been in operation since 2006, has for many years been in what was at one time a Walmart Supercenter at 385 Stateline Road West in Southaven.

The nonprofit organization is supported by voluntary contributions. No costs or fees are ever assessed to its clients, who typically come on Tuesdays and Thursdays to the pantry.  HeartLand Hands is a member of Feeding America and the Mississippi Food Network is the main supplier of USDA food items.

When Walmart left for its current location on Goodman Road near I-55, the building became home to HeartLand Church, a church in a building that the City of Southaven took ownership of as it tried to find a buyer for it.  The church found a new location on Getwell Road, south of Church Road, and the food pantry was told it had to find a new home. It could stay where they were while the buyer was found, however.

The building has been up for sale for at least eight years and was the church home for 13 years before it vacated the site.

“We’ve known for years to be looking and we have been looking, but with no money and no ability to borrow any money, there was nothing we could do,” said HeartLand Hands Executive Director Connie James.

Three potential buyers came forward and all three told HeartLand Hands the pantry could stay. The buyers did not follow through on the interest, however, and when a fourth party came forward, the deal was finally struck between the City and Trip Trezevant of Trezevant Enterprises, Inc. in Germantown, Tennessee. An indoor boat and RV storage center is planned for the site, said Southaven Mayor Darren Musselwhite when the deal was announced.

HeartLand Hands was then told the new buyer needed the space, it was going to have to leave the Southaven building, and HeartLand Hands more fervently began to look for a new home. It had to be big enough to store the food items it collects with the other pantries it supports with food, but the building also needed to have at least two bays for semi-trailer trucks to load and unload. A convenient connection to the interstate and major highways was also needed for the trucks to move to and from the food pantry.

HeartLand Hands officials found that spot in a vacated Salvation Army building on Goodman Road West in Horn Lake. However, the facility would come at a steep cost, approximately $1.5 million, said James.

When the Maddox Foundation of Hernando learned of the pantry’s plight, HeartLand Hands was informed the foundation would provide a $750,000 match, if the food pantry could come up with the other half, something James admitted seemed like an impossible task because HeartLand Hands has never done fundraising. Donations cover everything the pantry does.

Volunteers started to offer donations, but it came far short of getting close to getting the matching money, and shutting down for good became a real possibility.

That is when the Homer Skelton Foundation, B&P Enterprises, along with Cal and Linda Wilkins, all came together and gave HeartLand Hands all of the funds needed to purchase the Salvation Army building in Horn Lake.

The deal was closed on Monday, Sept. 20 and Trezevant, involved in commercial real estate, helped complete the deal. He even donated his commission to the purchase price, said James.

But the story does not end there. Since the group took care of the entire purchase price of the building, the Maddox Foundation followed through on its promise and has put its $750,000 into an endowment with the Community Foundation of Northwest Mississippi for the food pantry’s future use in perpetuity.

“The Friday after we closed, the Maddox Foundation presented me with a check for $750,000,” James said. “They’re taking their $750,000 and putting it into an endowment for us to be able to draw on, starting next year.”

HeartLand Hands has not been operating recently as it completes the move to the Horn Lake location. It is set to open for clients there on Tuesday, Oct. 5.

You can learn more about HeartLand Hands at its website.