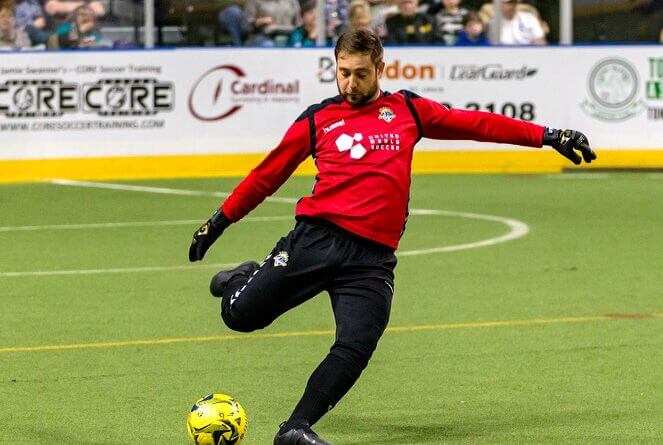 “Piotr and I go way back,” Haines said. “He played for me when I was with the St. Louis Ambush and Florida Tropics. I knew then that he was special. His leadership abilities and tenacity are unmatched. Since the Memphis Americans team was formed, he’s been a big target for us, so we couldn’t be prouder to have him on board.”

Sliwa brings a great deal of varied experience to the team. He played for Dominican University in River Forest, Illinois, helping the team win four conference titles and reach the NCAA Division III Elite Eight. After college, he won a pair of national championships with two Chicago-based organizations, the A.A.C. Eagles Soccer Club and the Sockers Football Club. Over the years, the goalkeeper has spent time with several indoor and outdoor teams, including the Orlando Seawolves, Florida Tropics and St. Louis Ambush of the Major Arena Soccer League, and the Ontario Fury of the Professional Arena Soccer League, among others.

“With Piotr being a former teammate of mine from our days with St. Louis Ambush, I know exactly what he brings to the field day in and day out,” Adamson said. “You never have to wonder what level of play he’s going to bring. He always gives 100 percent.”

During the NISL offseason, Sliwa will continue to serve as men’s and women’s head soccer coach at Triton College in Illinois. Since joining the staff in 2011, the Trojans have won three NJCAA Division III Region IV titles, five North Central Community College Conference championships, made an appearance in the NJCAA National Tournament and produced seven NJCAA Division III All-Americans. Sliwa has earned coaching honors, too, including Region IV Division III Coach of the Year in 2012, 2017 and 2019, and N4C Coach of the Year in 2018 and 2019.