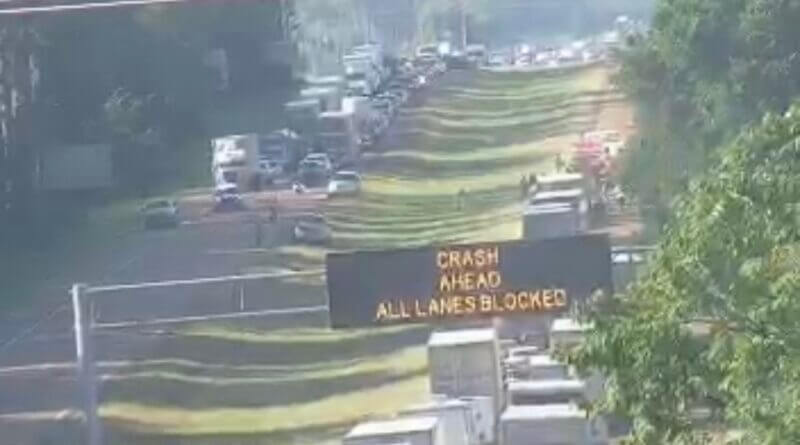 Photo: Both northbound and southbound lanes of I-55 in Southaven north of Church Road were blocked during the investigation and clearing of Thursday morning’s fatal crash. (MDOT Traffic image)

One person has died in a three-vehicle wreck Thursday morning on I-55 in Southaven. DeSoto County Coroner Josh Pounder identified the victim as Brittany Burt, age 29 of Batesville.

According to Southaven police, the accident started in the northbound lanes of I-55 shortly before 8 a.m. when the vehicle Burt was driving crashed and she was ejected. Police said the accident also went into the southbound lanes. Burt was declared dead at the scene.

Another driver was injured and taken to Regional One in Memphis with non-life threatening injuries, according to police. No one else involved was hurt.

Crews had to work through the morning to clear the wreckage and re-open traffic, with the interstate finally reopened about 11:30 a.m.