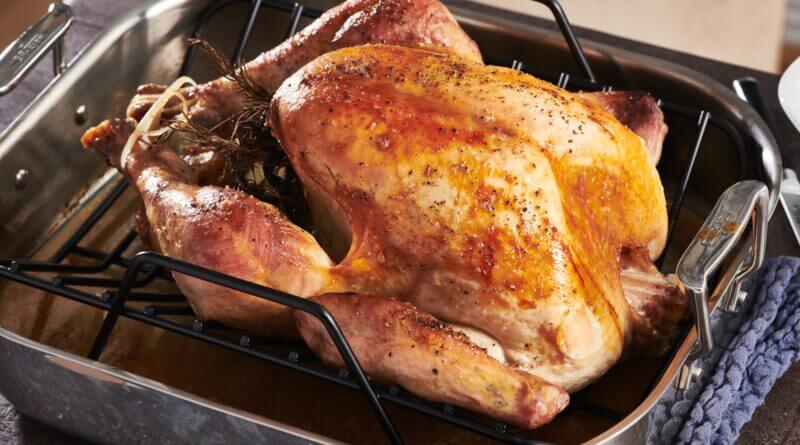 If you haven’t figured it out already, the cost of the Thanksgiving meal you may be about to serve has gone up considerably again.

Volunteer shoppers scoured the grocery stores in mid-to-late October to check on prices.

The centerpiece on most Thanksgiving tables – the turkey – costs more than last year, at $28.96 for a 16-pound bird. That’s $1.81 per pound, up 21 percent from last year, due to several factors beyond general inflation before most grocery store chains began featuring whole frozen turkeys at sharply lower prices.

“General inflation slashing the purchasing power of consumers is a significant factor contributing to the increase in average cost of this year’s Thanksgiving dinner,” said AFBF Chief Economist Roger Cryan. “Other contributing factors to the increased cost for the meal include supply chain disruptions and the war in Ukraine. The higher retail turkey cost at the grocery store can also be attributed to a slightly smaller flock this year, increased feed costs and lighter processing weights.”

Here’s a list of the individual items used in the AFBF survey, their average cost this year and the rise in cost over last year’s survey.

The AFBF analysis also revealed regional differences in the cost of the meal.

More details on the survey are available on the AFBF website.